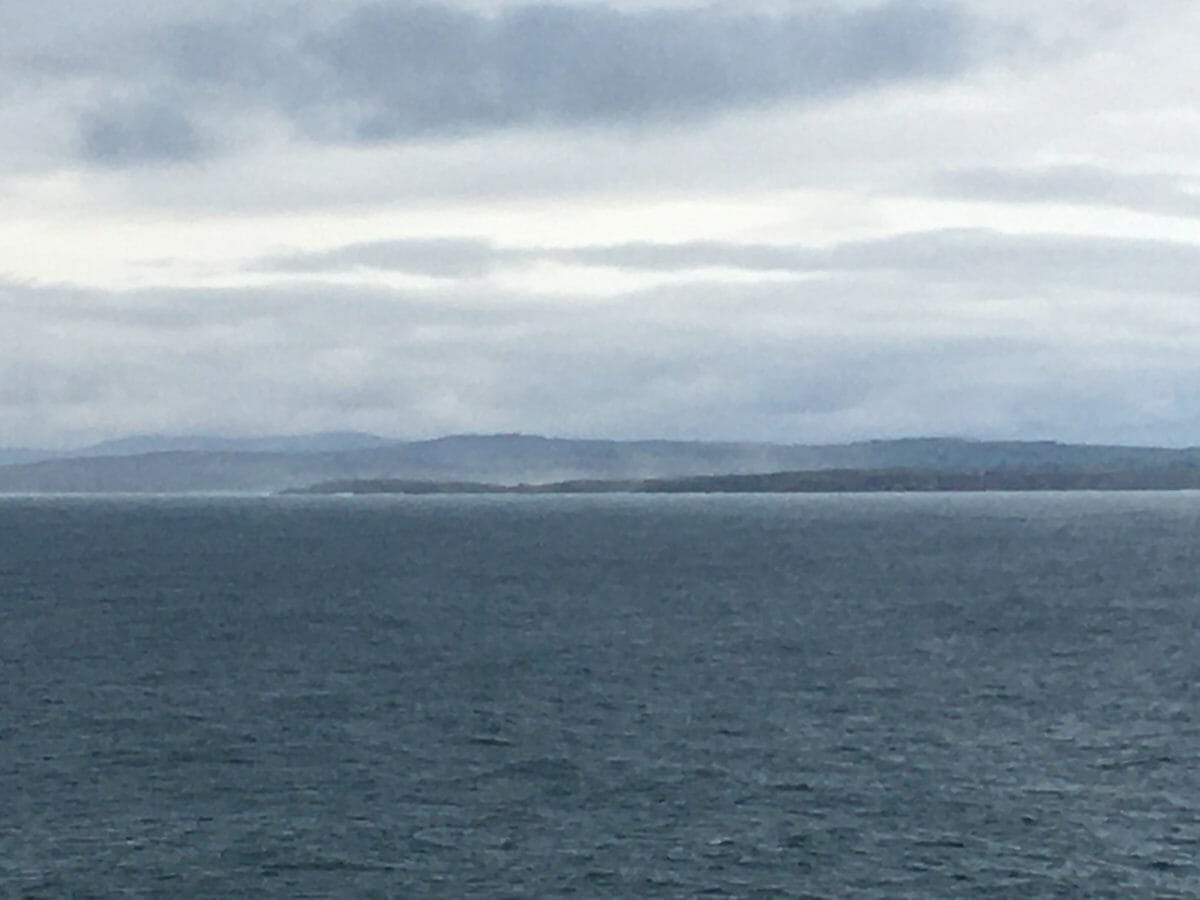 My first sight of Ireland on the SE coast as we enter the Irish Sea. 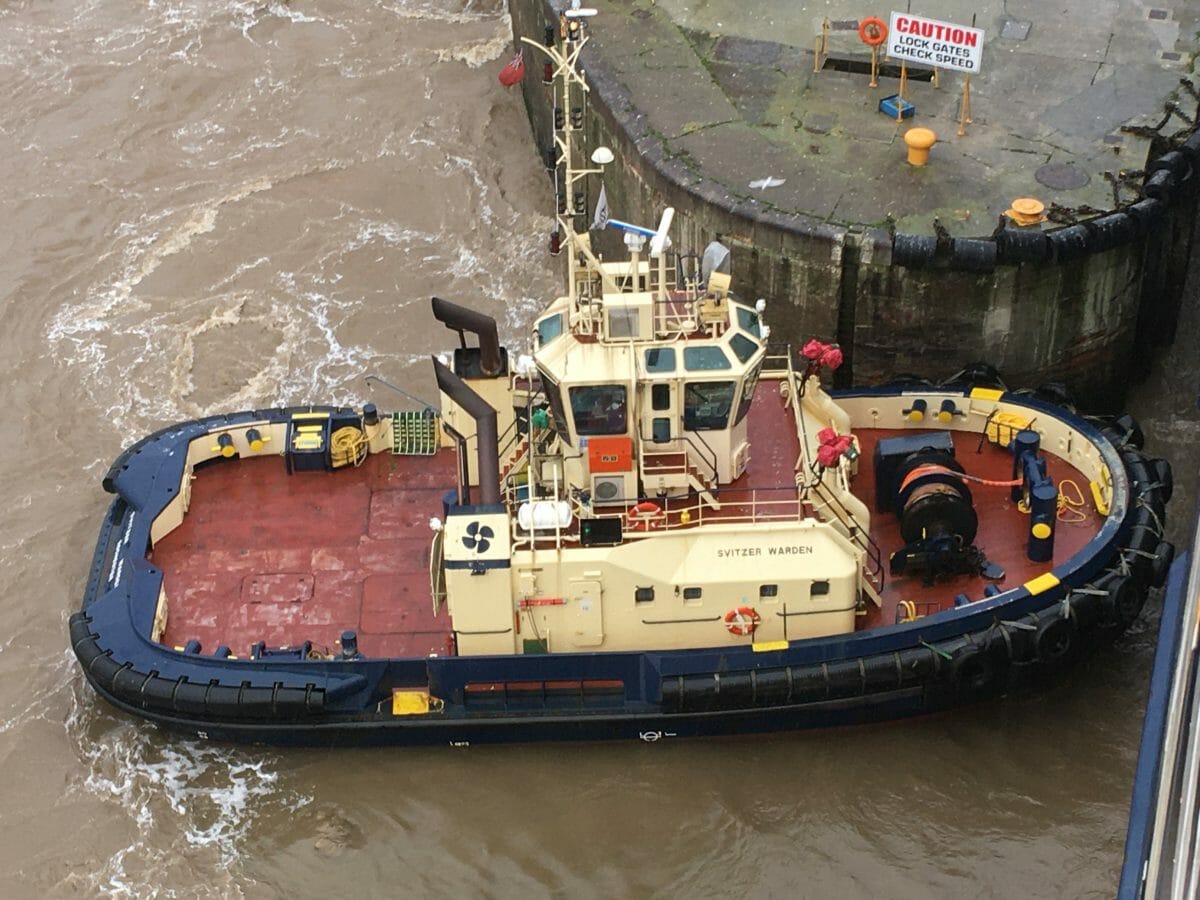 We arrive at Liverpool about 10am and take on a pilot which escorts the freighter into a locks. Tides here are 30′ which I cannot believe–greater than Alaska.  The Atlantic Sun is so deeply drafted, it must await high tide and then be captured into a basin until the next high cycle. 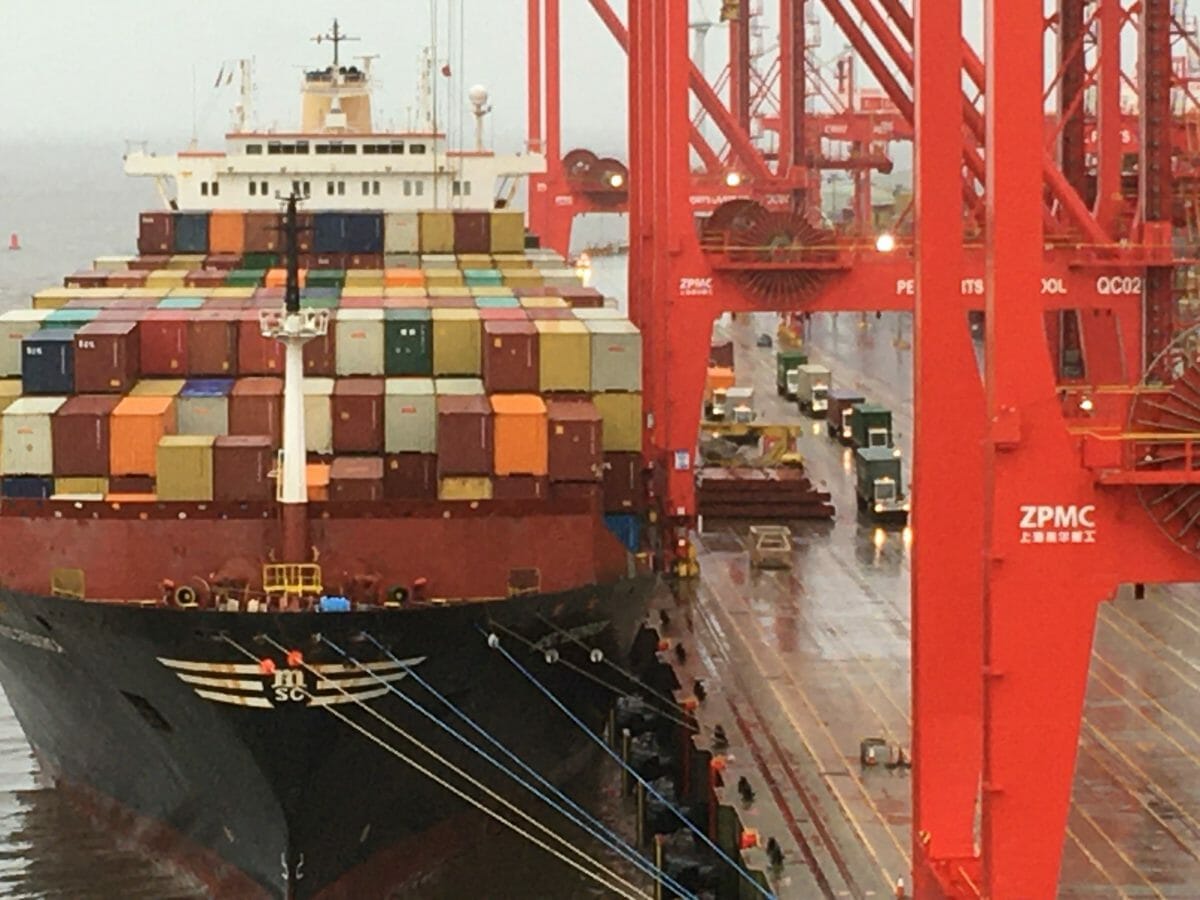 Some local color–this freighter is outsider the locks. 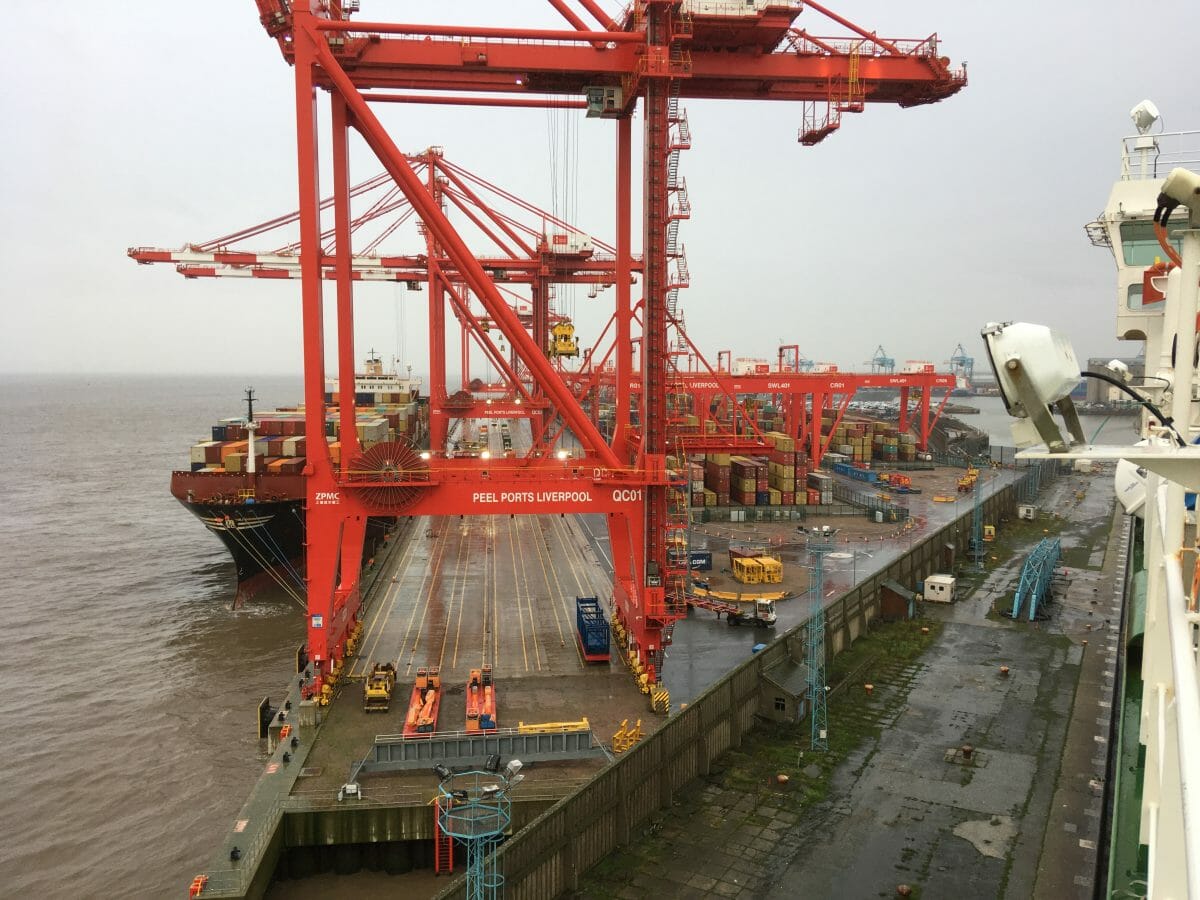 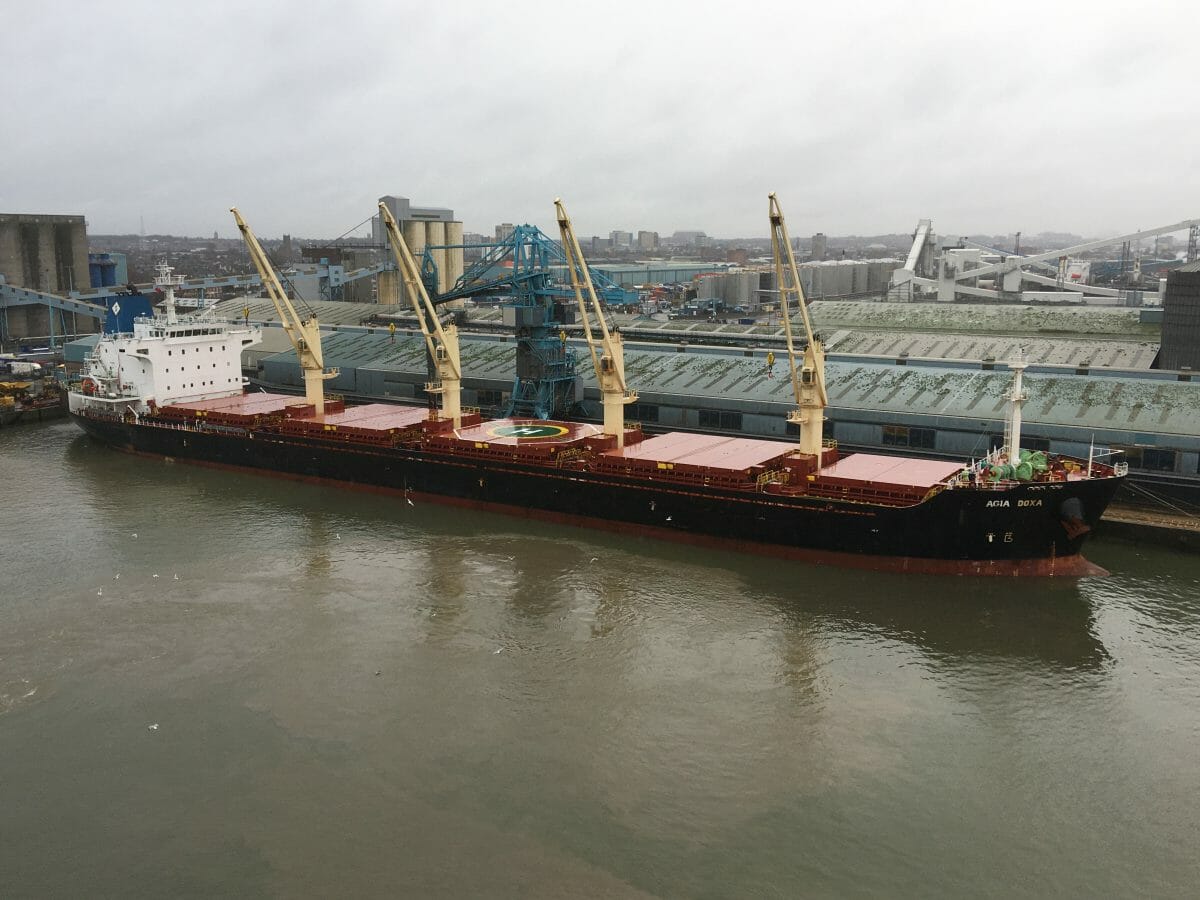 Not sure what this vessel is carrying but it boast four huge cranes.  We tower above it. 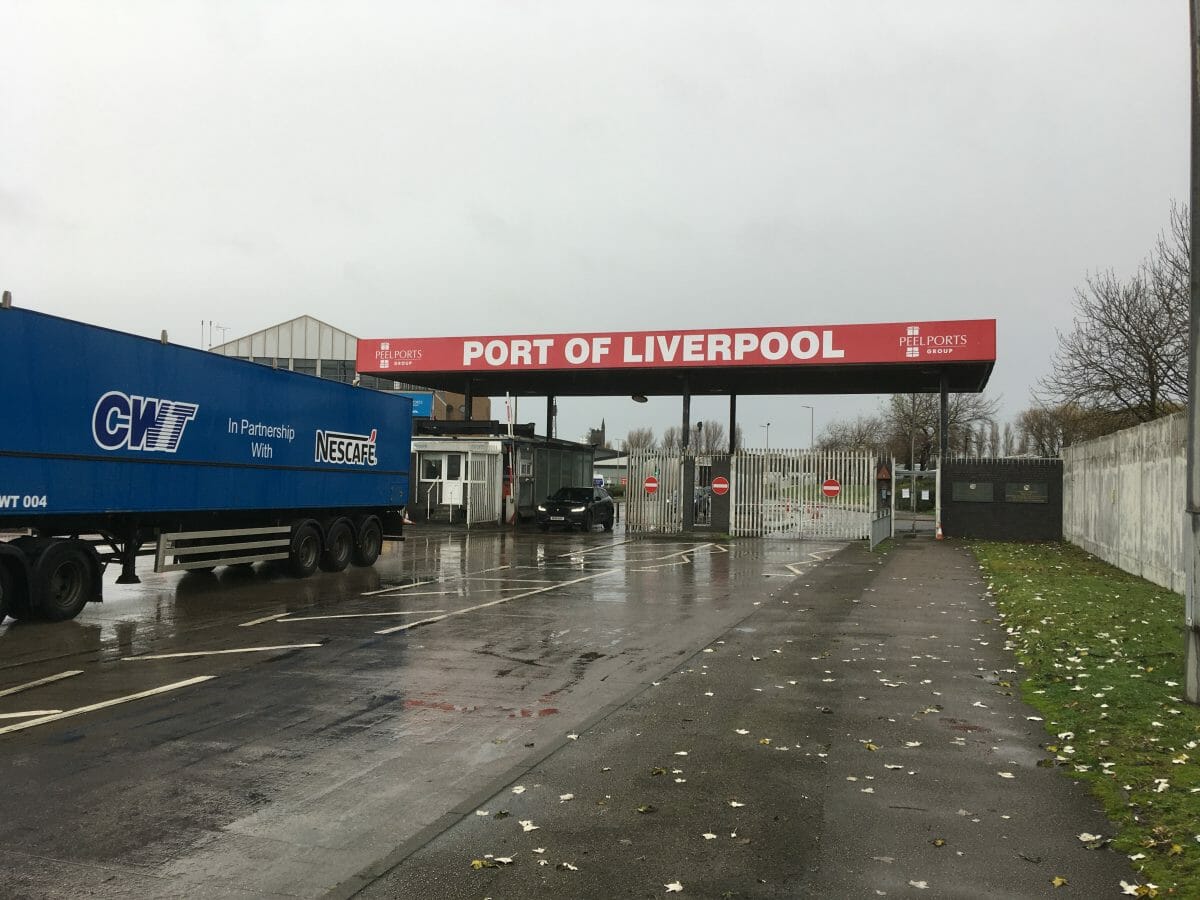 The Port of Liverpool–entrance/exit to the docks.  What a great trip and company–both professional maritimer and fellow passengers.  Off to Albert Dock. 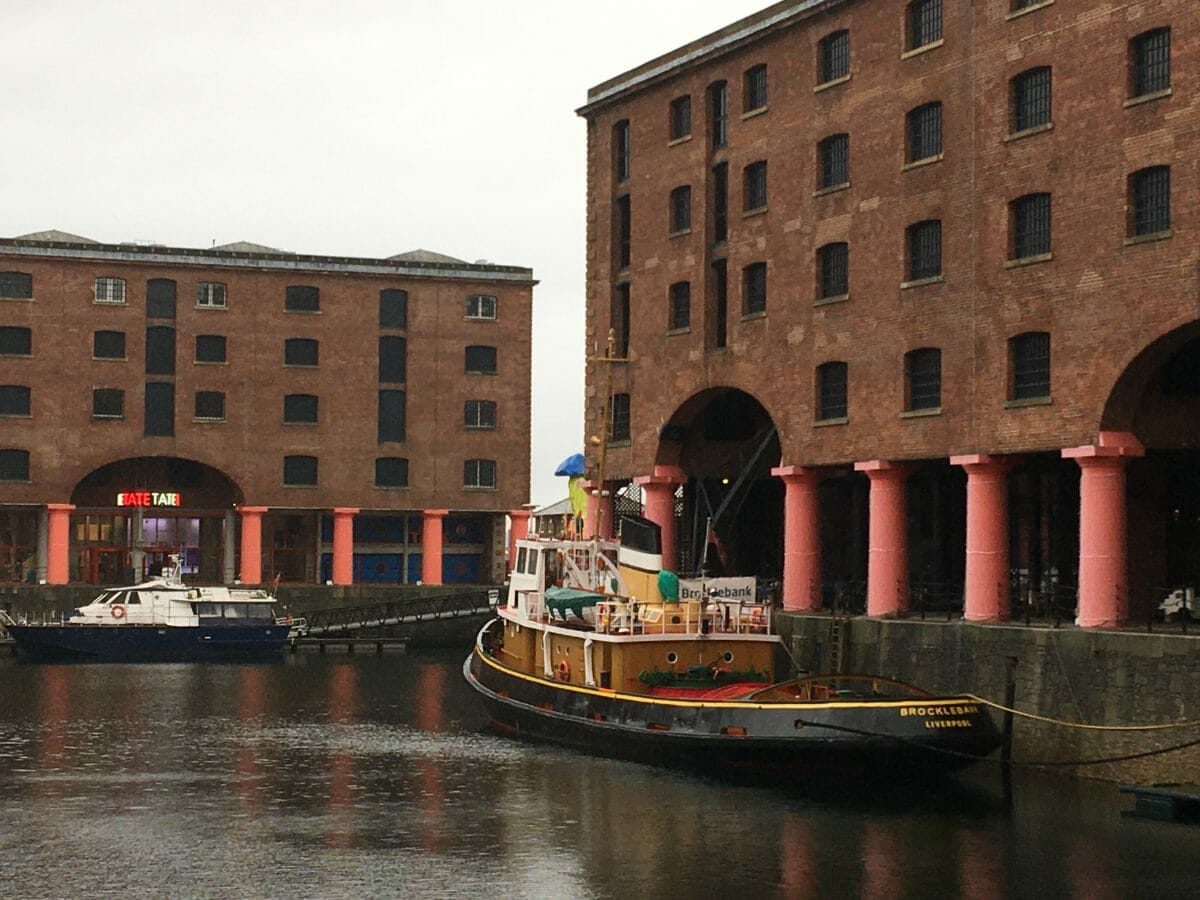 I find a reasonable room right on Albert Dock.  Next stop is the Titanic Museum….. 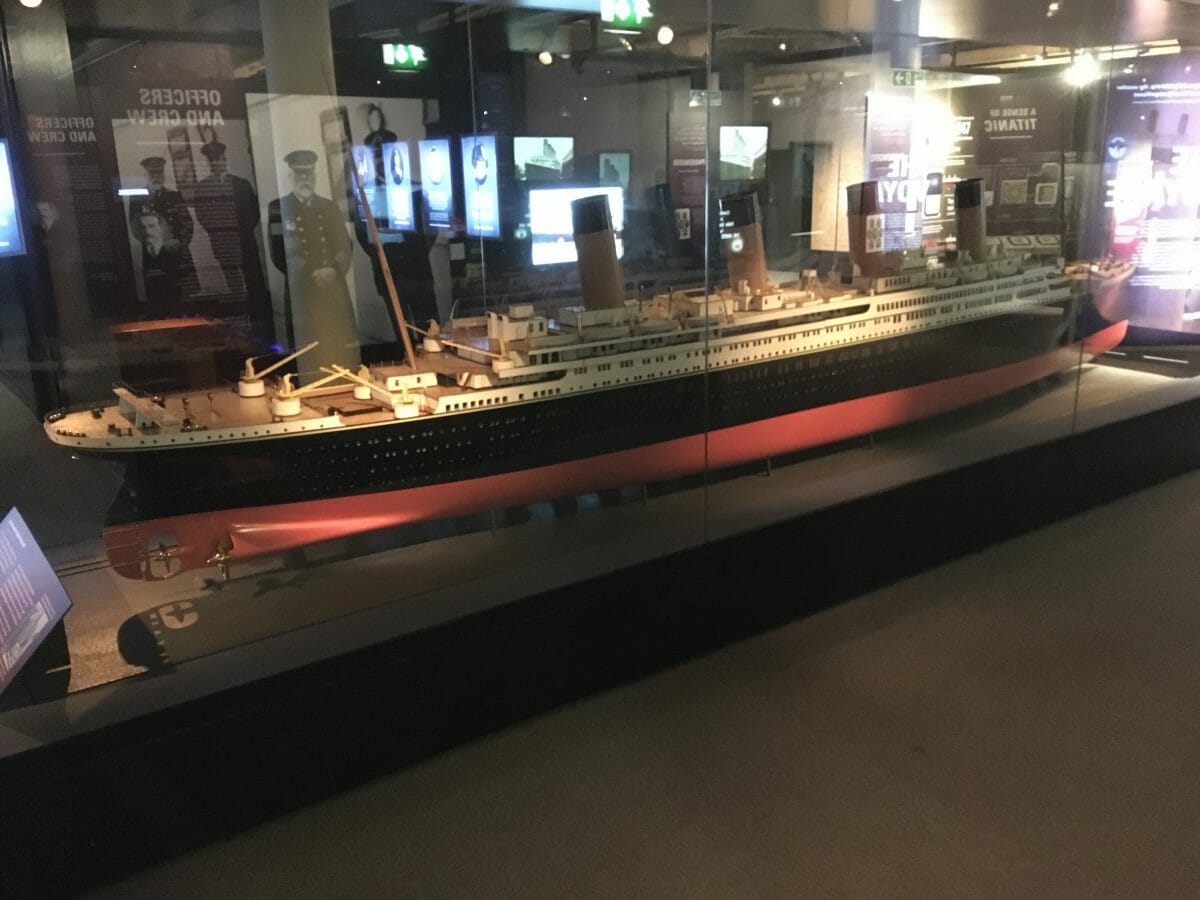 White Star was located in Liverpool and commissioned three huge vessels to compete against the Cunard ships that held the record for trans-Atlantic crossings–in something like four days.  White Star built the Olympic, Titanic and Britannic in 1911, 1912, and 1915 respectively.  Only the Olympic sailed on with a maritime career finally being scrapped in 1937.  The Titanic and Britannic, converted to a hospital ship in WWI, were both sunk. 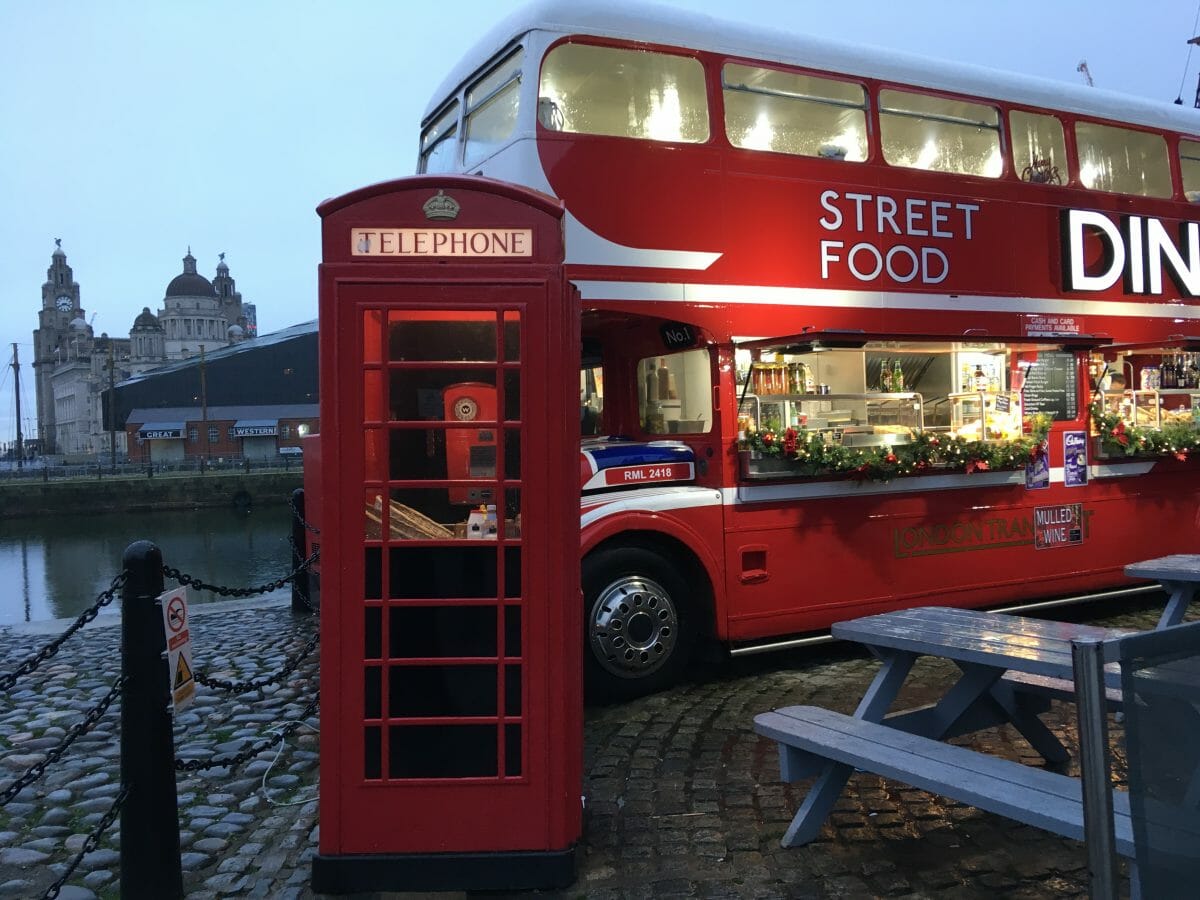 Shades of Liverpool–all about Beatles, Titanic and fish & chips……  Next stop Holyhead and Dublin.