VIA Rail across Canada

Traveling in the off seasons has it’s advantages, notably you don’t need reservations nor do you wait in lines.  Being a rolling stone who has quit airline extortions, I book an Amtrak to Vancouver BC where my real adventure begins.  My first night’s basecamp is cousin Marguie and her husband Robin who create a magnificent feast and shuttle me over to VIA Rail the next afternoon;  the first day of an expected 160 day odyssey.  Meanwhile, we catch up on family lore and play the magnificent 1905 Steinway shipped around the horn in 1910 but lost in transit. As the story was told, three years later, and with insurance money in hand, Grandad made his way down to Portland Oregon from Burnaby Lake BC and successfully bid on a replacement–it was their original piano!  They mixed up the Vancouvers, but that’s another story…. 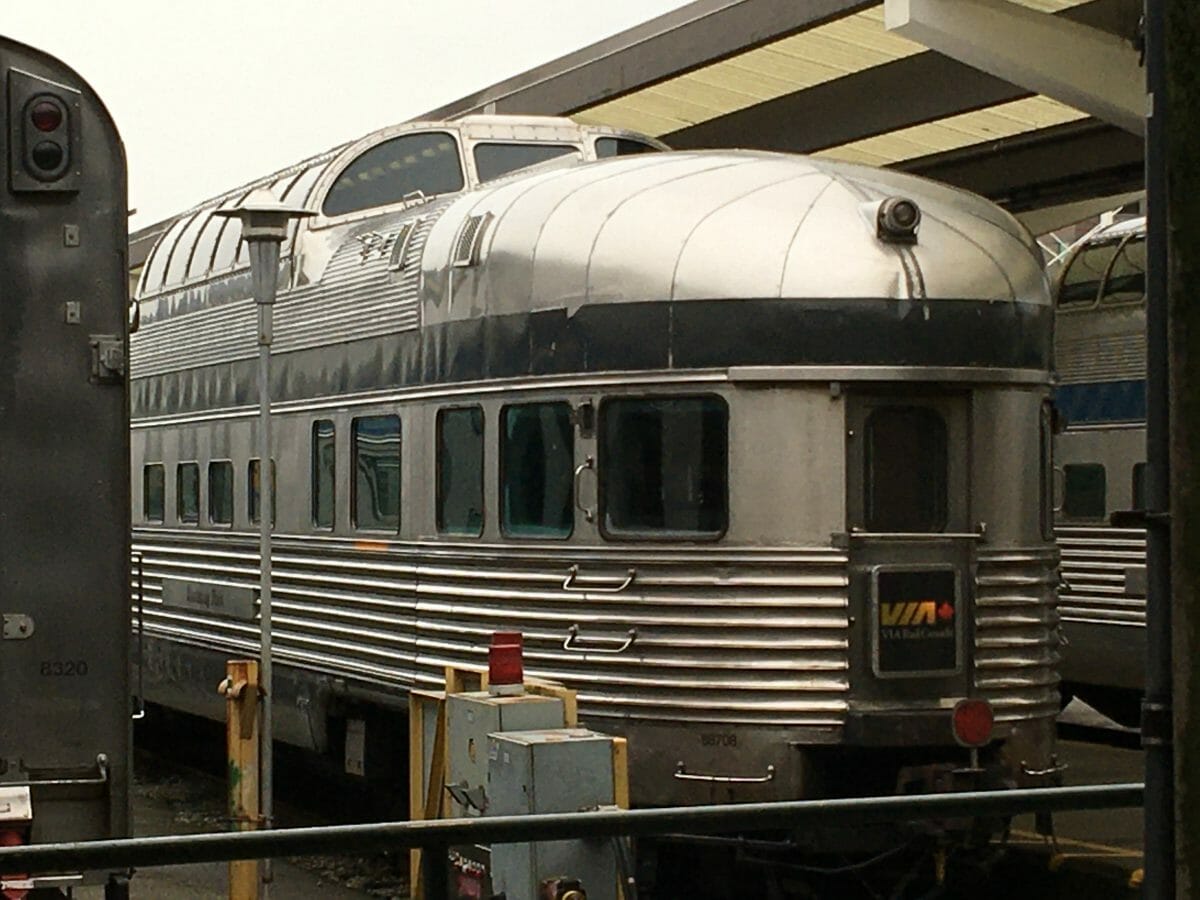 My trip begins at 3pm from Pacific Central Station.   Any resemblance to my Airstream is strictly coincidental, but this was a big selling factor.  This is the terminal car and the bar car–a great place to relax and watch the scenery fade into the distance.  Amtrak is phasing out the dining cars installing vending machines so I decided to give VIA a try and was glad I did–read on. 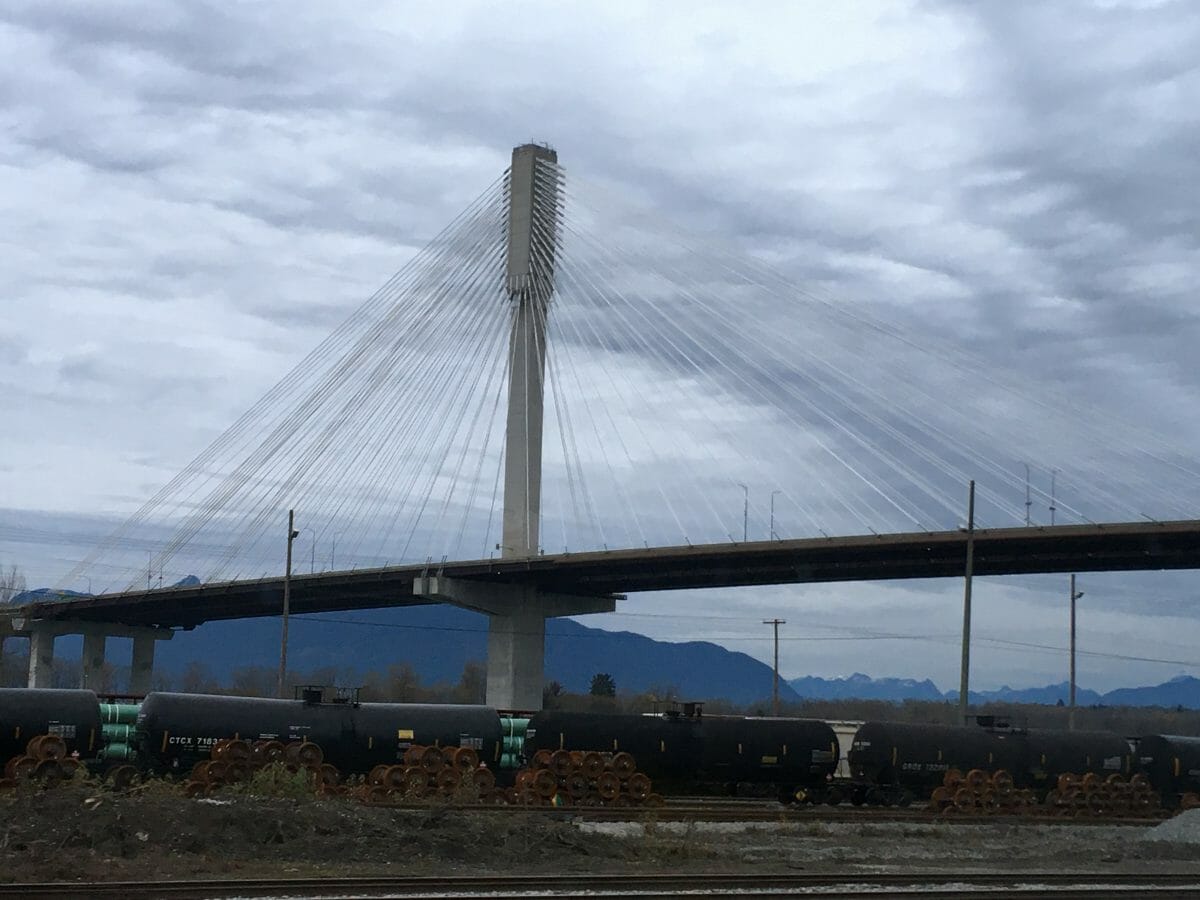 Within the first few miles, we wind underneath this bridge in New Westminster.  Lots of cables.  It was not far from here that my first tugboat, the 1909 Winamac tugboat (just restored and on it’s maiden voyage) was rammed and sunk in front of 20,000 spectators.  Harkin #6 backed into me avoiding a firehose being sprayed from a SeaSpan tug–all in fun, except they had warned them not to rough-house or someone was going to get hurt.  After a three year lawsuit, and turning down my initial offer of $135,000,  I walked away with $384,000–and bought a waterfront home in Seattle.  Fools! 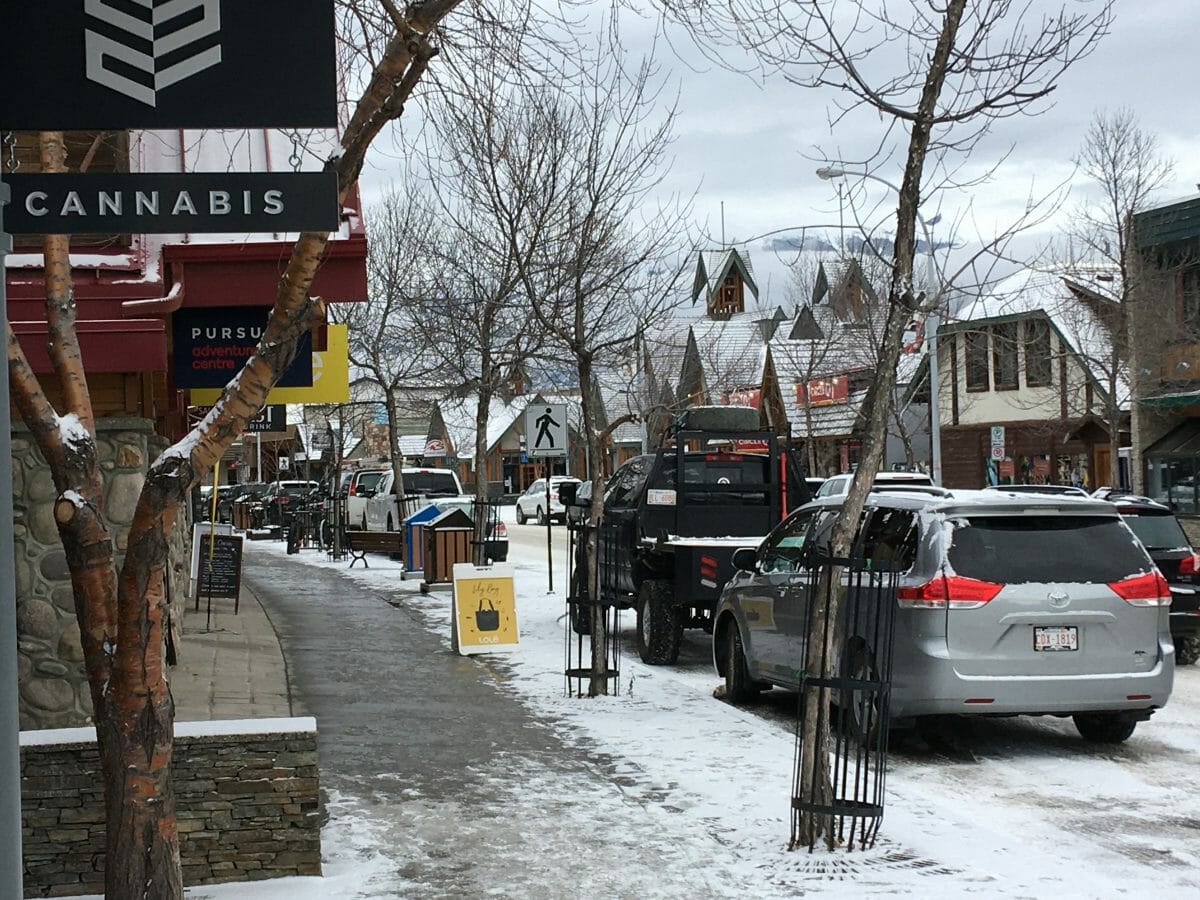 The following morning I wake up after 12 hours sleep, missing breakfast but we have a 2 hour stop in Jasper, Alberta so I avail myself of a great cup of coffee and a wonderful berry tart.  Jasper has changed considerably from what I remember in my climbing days–seems mellower now…… It was -4C. 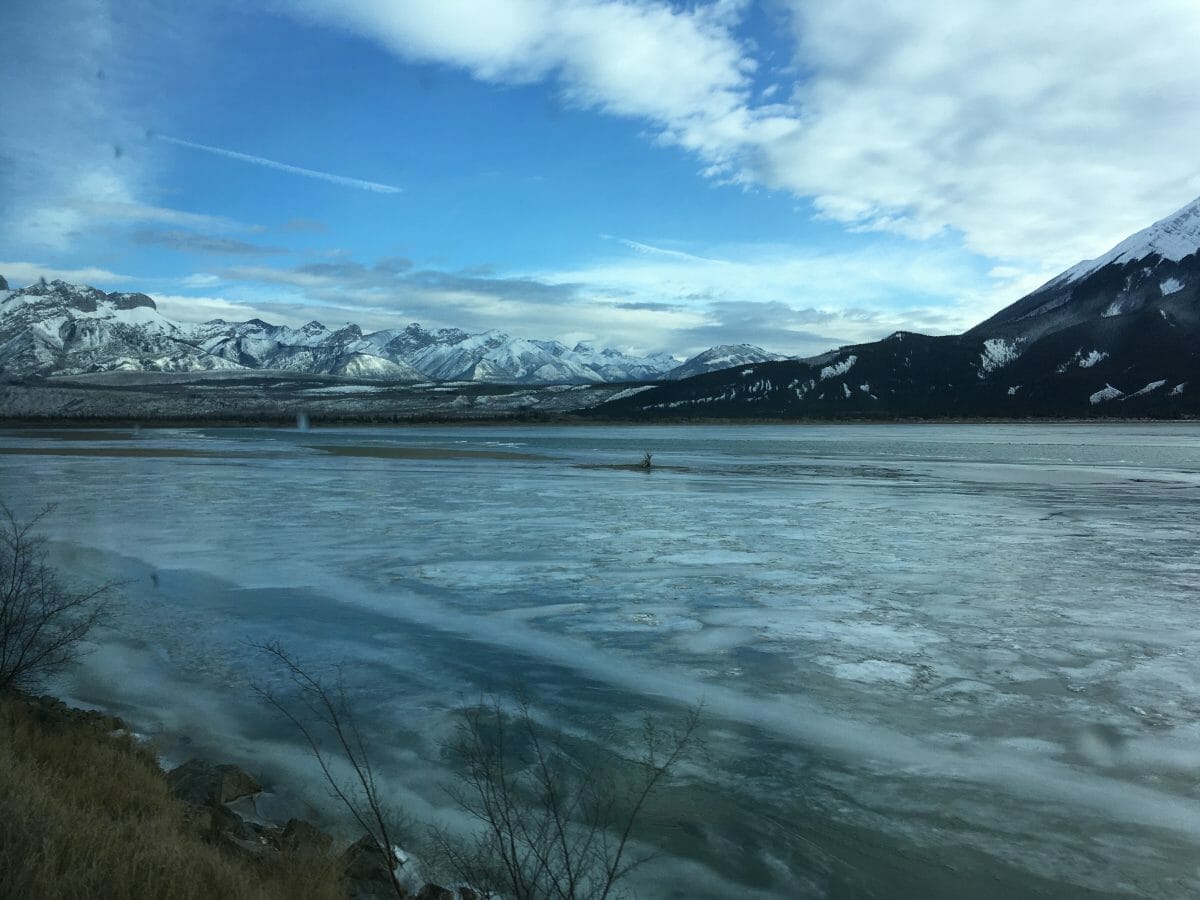 Departing Jasper, we wind around the Athabasca River toward Edmonton arriving after dinner.  The Banff-Jasper railroad parallels the highway 16 which runs down from Mt. Robson–truly beautiful country. 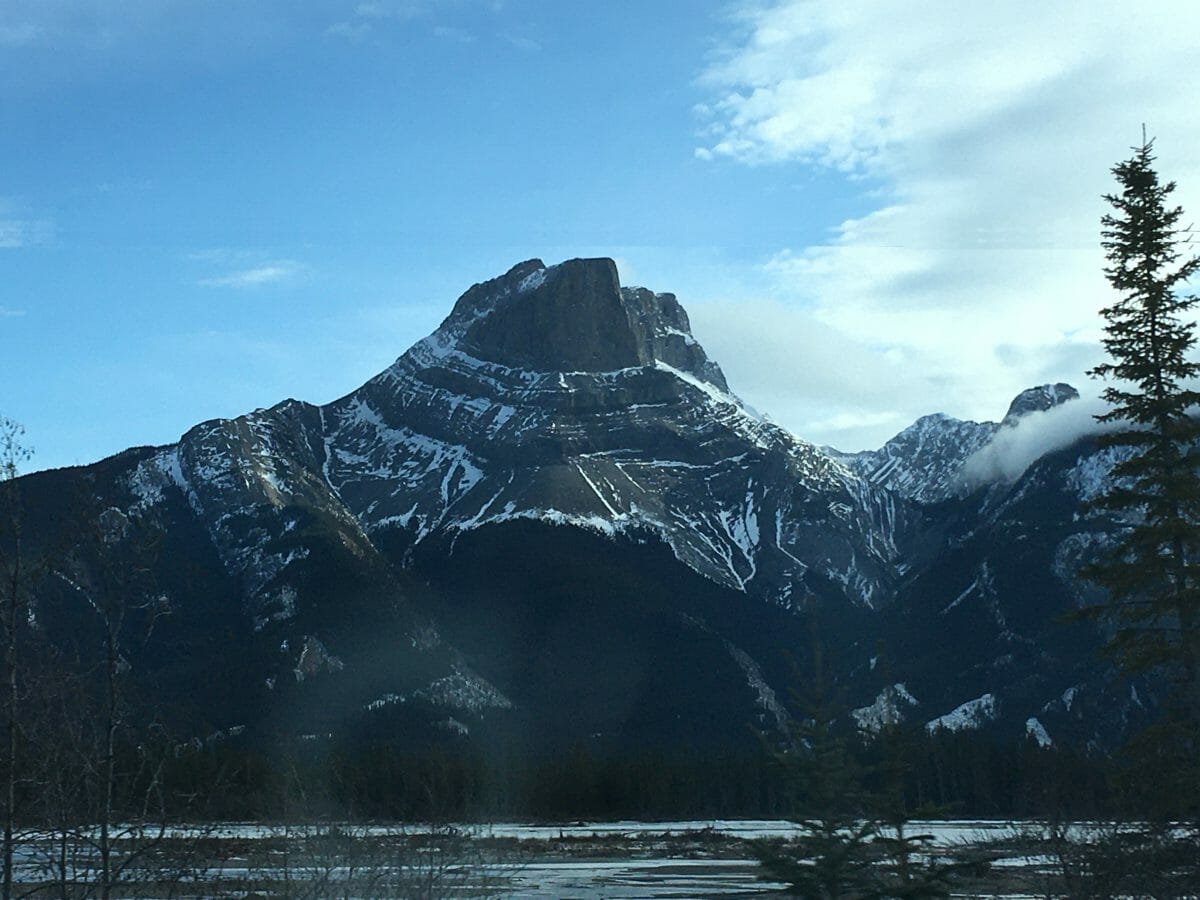 I believe this to be Capitol Mountain (2438M) which sports an imposing limestone face at the summit which can be seen on many other nearby peaks.  Could this be part of the Lewis Overthrust so visible in Glacier & and Waterton National Parks?  Any geologists in the crowd? 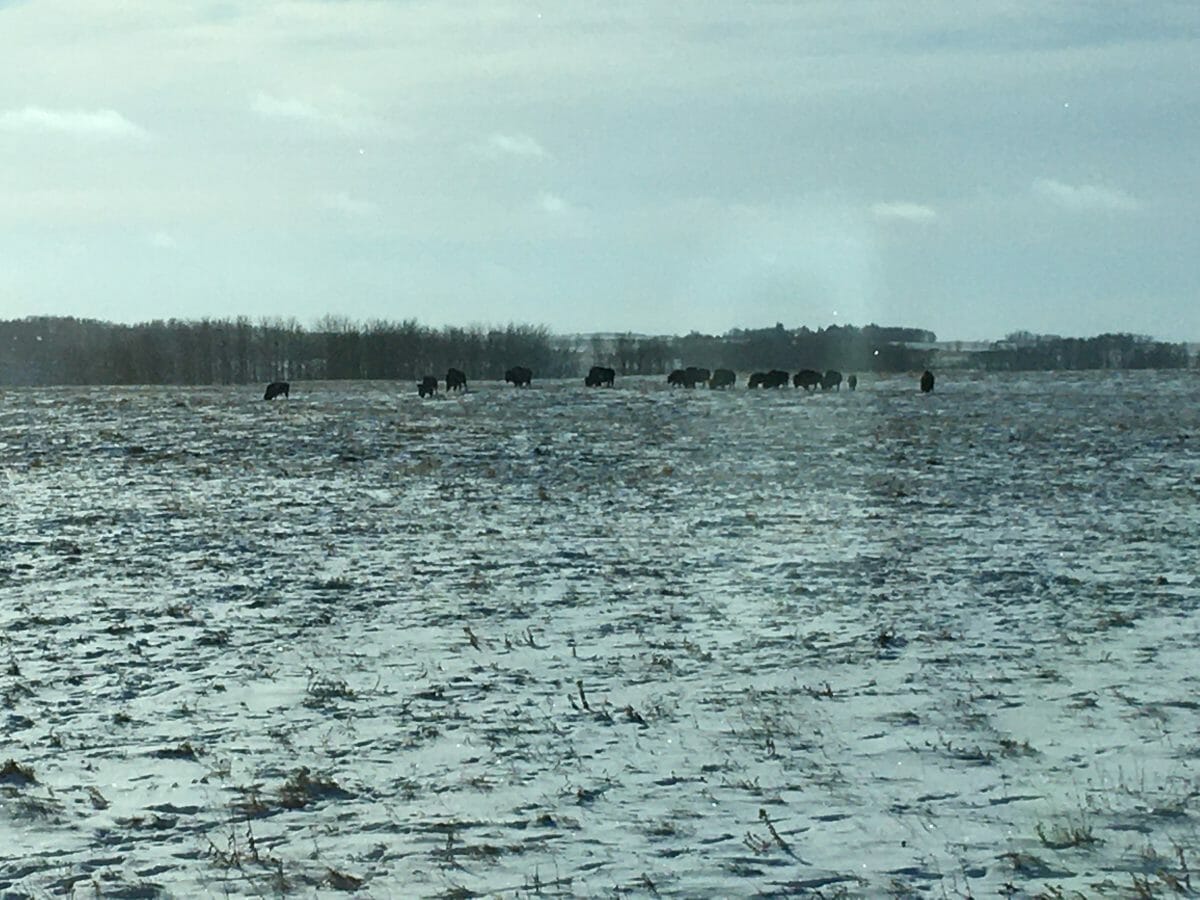 As we enter the Canadian Great Plains, we encounter bison and even one wolf.  There are many, many miles of wheat but also other legume crops, even lentils.  Phosphate mining is big here with huge mine tailings littering the plains–I thought they were glacial moraines.  Two pipes are driven down a mile or more and hot water is pressured into one and Potassium Phosphate gurgles up the other, creating huge underground voids which occasionally collapse.  The Phosphates are used in fertilizers and car bombs.  Next stop, Toronto.