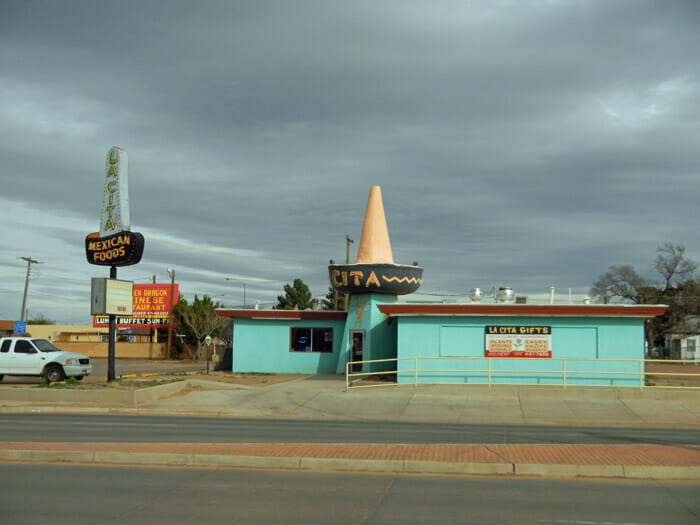 After Santa Fe, I head out east to Tucumcari in the NE corner of New Mexico.  The geologist is coming back to me, so I’m heading to the Alibates Flint Quarry just north of Amarilo, Texas.  This is one of the 410 National Park units and well worth the visit. 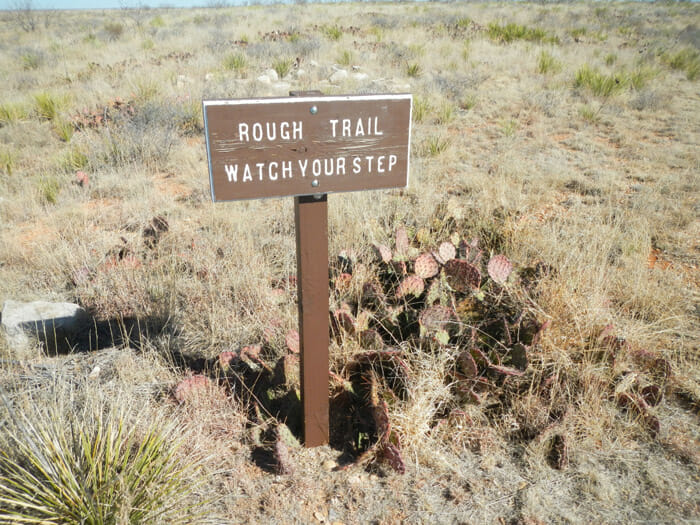 After getting chollo’d in Arizona, I take this sign seriously, even though I’m an experienced mountain rescue guy (and especially after breaking both legs).  This prickly pear cactus will get you if the rattlers don’t…. 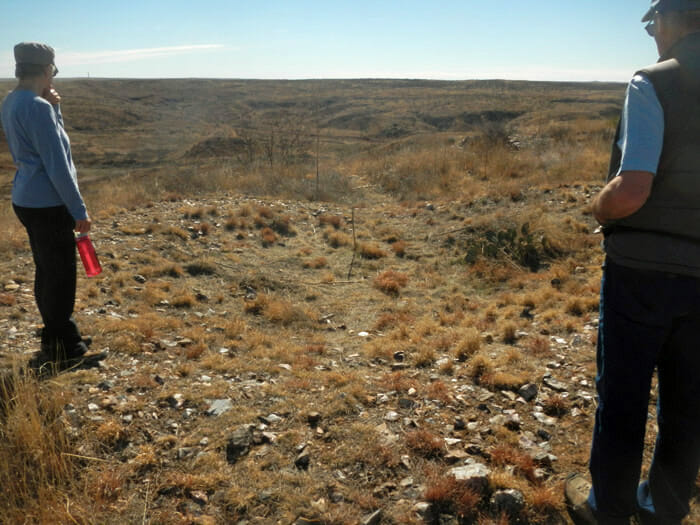 The Alibates Flint Quarries were named after one of the first ranchers here, Allen Bates, however history shows a later entry to the area named Alibates–however this is not the guy.  These circular areas are  scattered with flint and used to be quite a bit deeper.  The NPS plans to excavate one of these;  there are hints of spiral stairs down into some of these pits.  Wind-blown loess has filled most of them.  Literally thousands of these circles are scattered about. 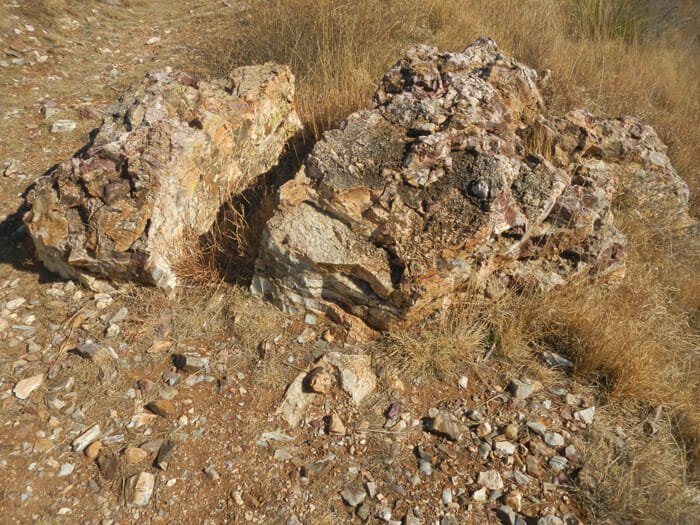 Literally every piece of flint was handled by a paleo-person so the speculation is that these quarries were worked for thousands upon thousands of years supplying this distinctive red/black/white tool materials from Mexico to Canada and both coasts allowing these peoples to hunt the Pleistocene mammals to extinction. 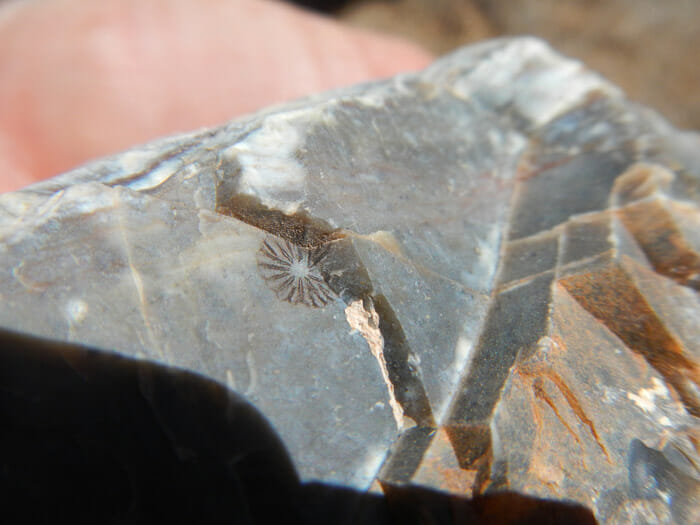 The astute eye picks up on this fossil–likely a horn coral of the Permean age.  This rock was discovered by a 9 year old boy!   The red Permian sandstones were submerged into a shallow sea at that time and limestone built up over in the vast flat areas of what is now south-central US.  This limestone became metamorphosed into hard chert or flint.  Here’s more. 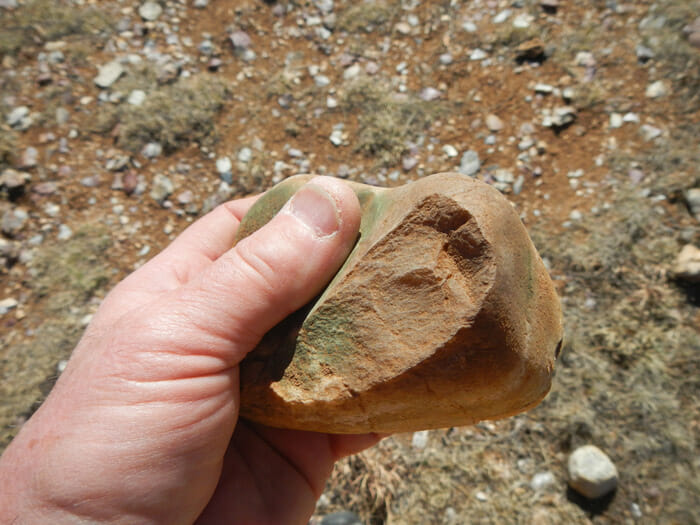 This flint was literally pried out of the ground and then cleaved using these quartzite tools which are also scattered about.  Some of these have been used for millennia and bear the shapes of paleo-hands–could this be a left-handed tool?  They were discarded when broken like this one. 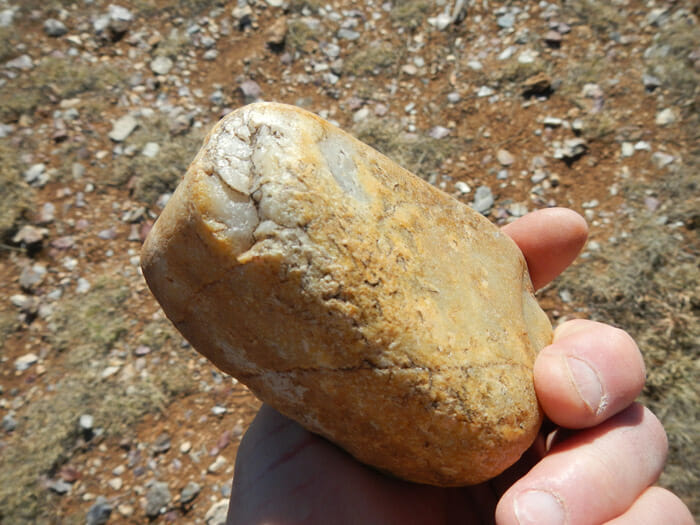 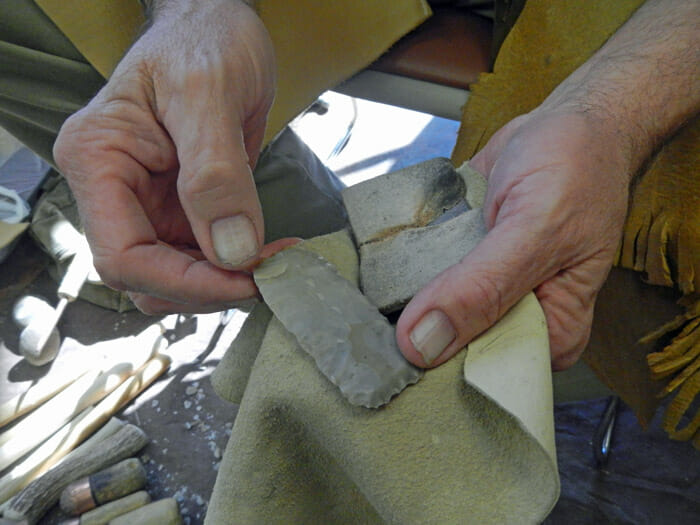 A volunteer in the park demonstrates the knapping process.  Hours are spent on each piece and sometimes…..they break on the final strike.  Note the flake just knapped off the spear point at the upper edge.  The rangers encourage people to handle the stone tools and examine the rocks, but you cannot take anything with you.  Samples are given out at the visitors center–where you need to begin this interesting tour with a park ranger guide.  Well worth the long drive!  Next stops are down the North Texas Panhandle.