It must be Glasgow because it’s December 9th.  These vistas are becoming mixed in my memory but first thing it’s off to Kevingrove Museum where I begin with a completely unanticipated organ concert. It’s raining and foggy of course here in Glasgow. 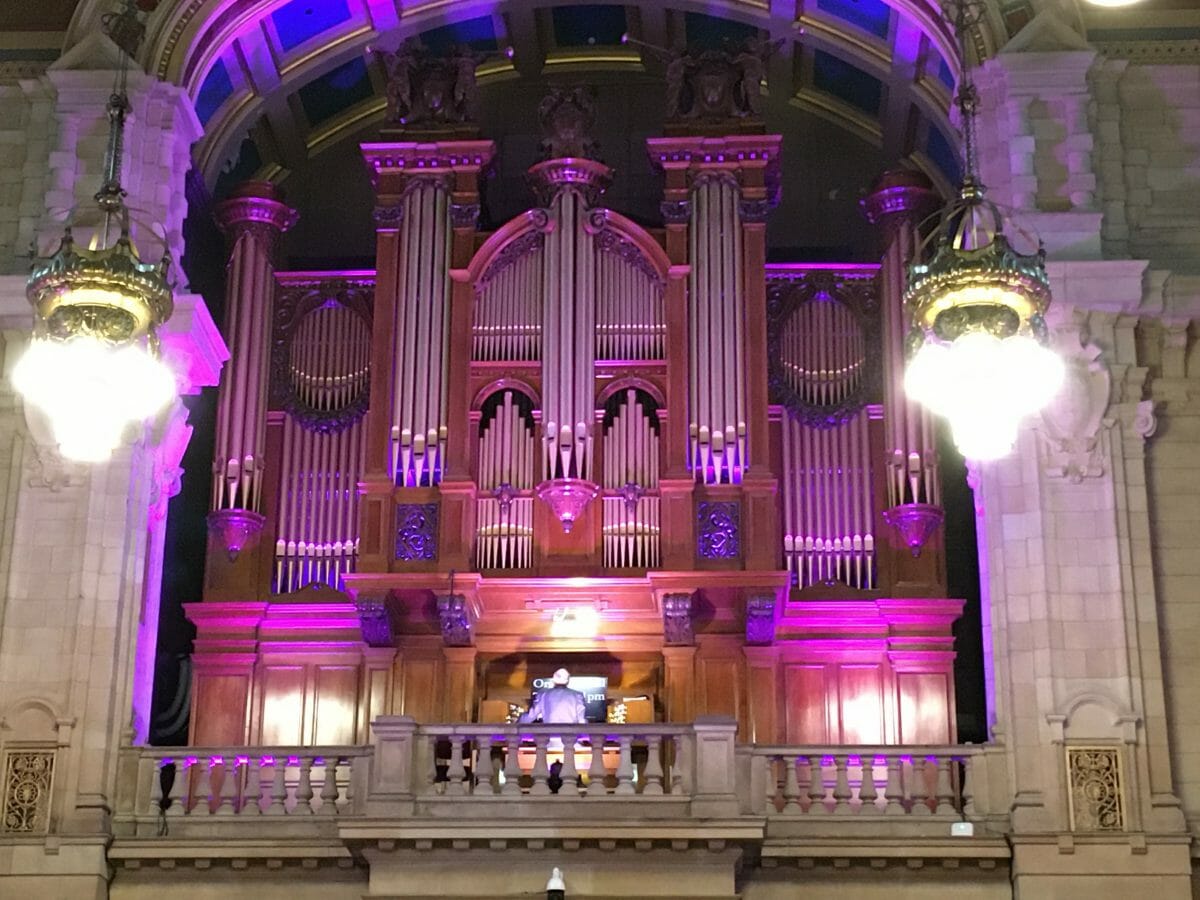 Here are the pipes.  I’m soaking wet so I dry off a bit and head for the exhibition rooms which feature, among others, quite an Egyptian collection and this one Greek bust: 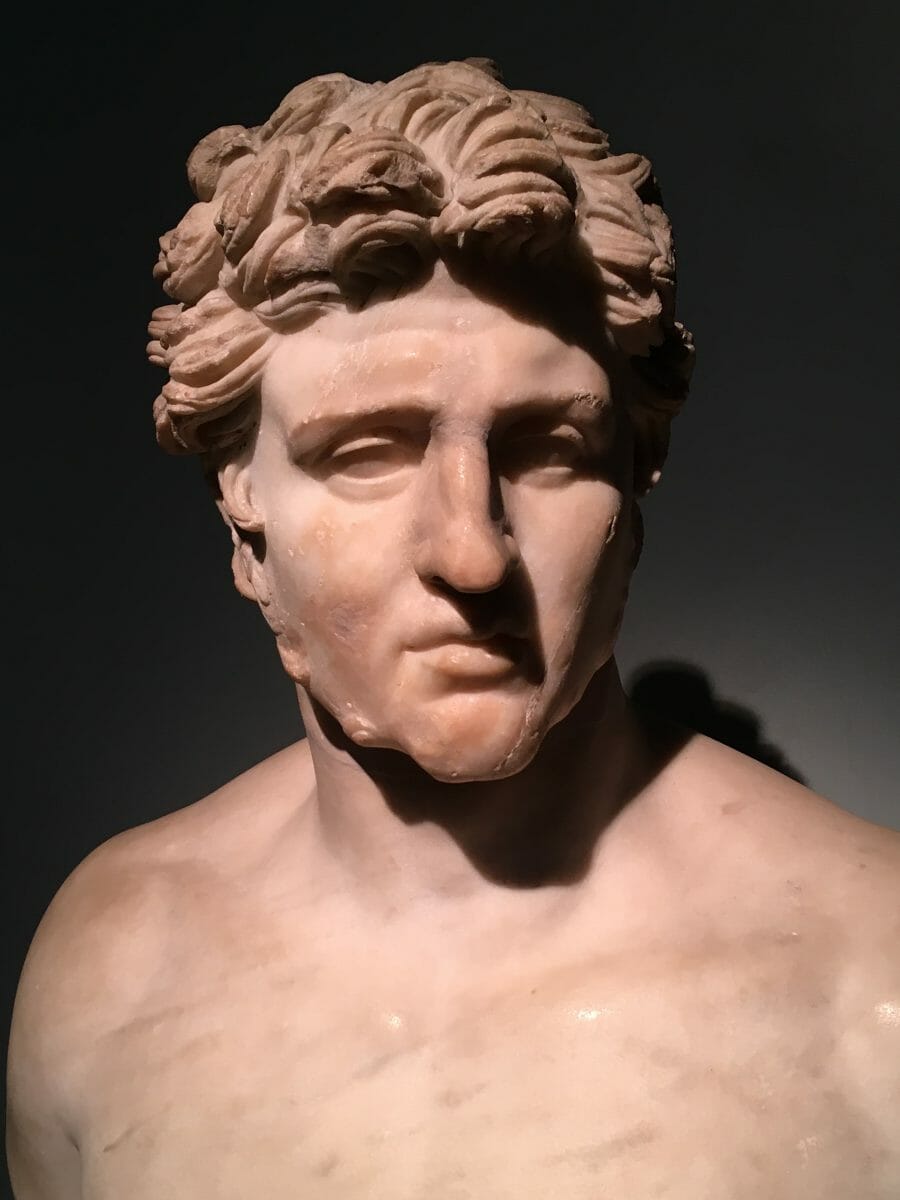 The first thing that catches my eye is a Grecian bust of Sylvester Stallone with a little Bill Clinton and Elvis thrown in…..time travel?  (This could be a  London Museum)  Frankly, if I were Greek or Egyptian, I would take issue with the British Crown walking off with half the history of my country.  I’ll make this point again when I visit the British Museums. 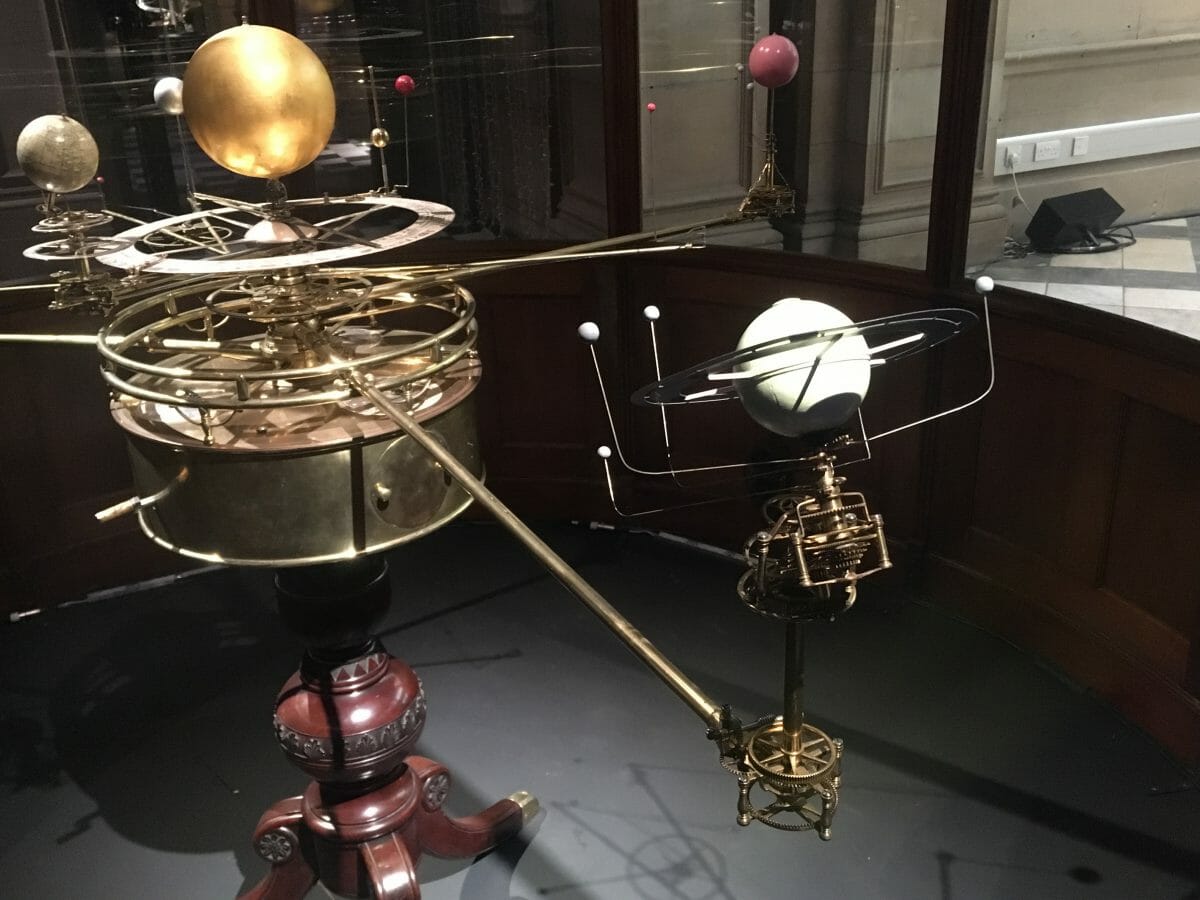 What really catches my eye is this orrery–or mechanical model of the (then) understood planetary system which in 1790 included Uranus.  There was no plaque on this exhibit and no one knew anything about it.  This was the known solar system at that time.  I’ve always been interested in these mechanical systems so stay tuned for the John Harrison clocks at Greenwich in the following post….. 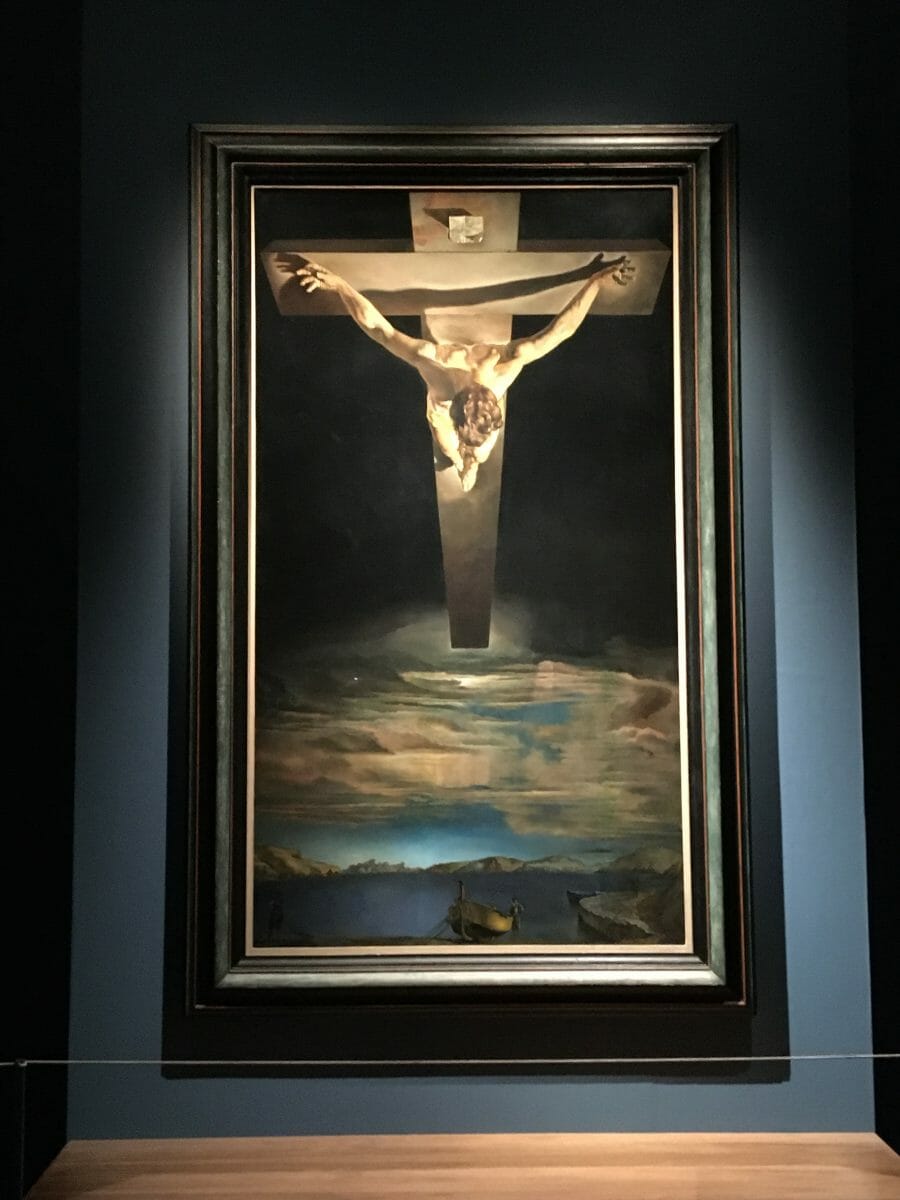 One of the biggest draws is Salvador Dali’s “Christ of St. John of the Cross”  of which he painted several versions.   I wouldn’t hang any of Dali’s works in my home, but this interested me because I learned that Dali studied nuclear physics. Here’s more: 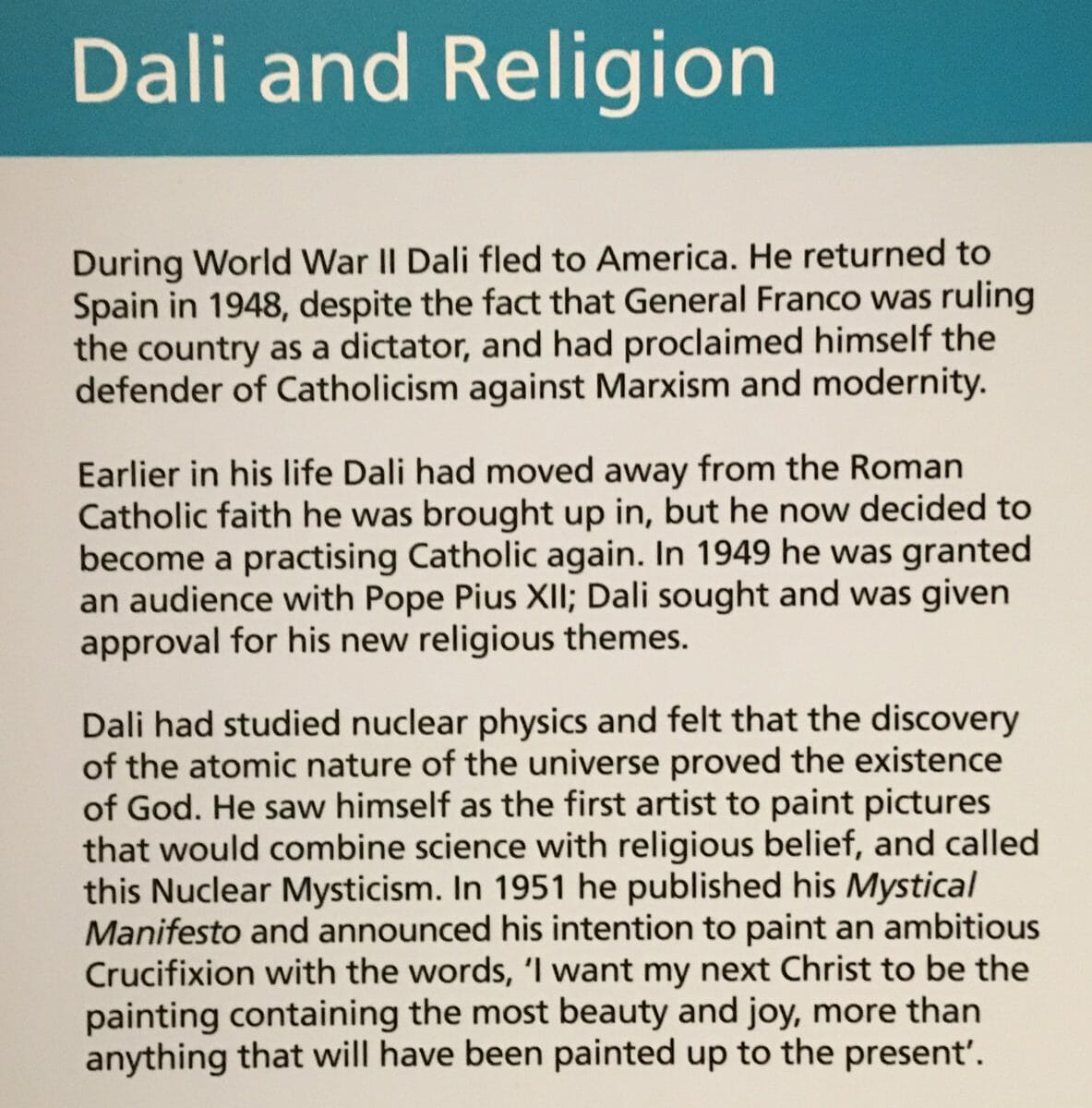 Dali painted many variations of this.  Nuclear physics–who would have known. 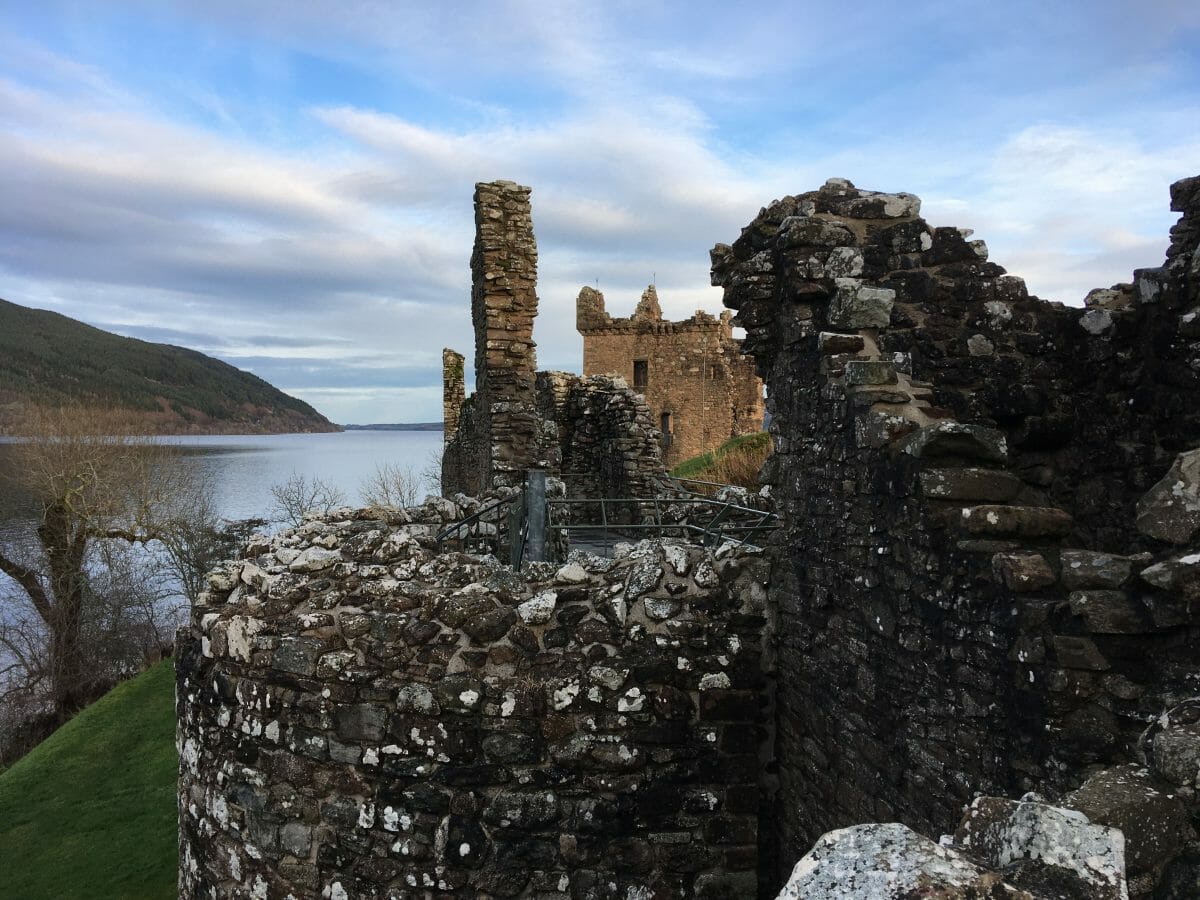 One of my bucket list items was to visit Loch Ness.  What I didn’t realize is that through this geologic fault system there are four loch’s that are connected by…..locks.  The southern loch is Linnhe which terminates at Fort William, my destination for two days.  Just to the north is the not so imaginative Loch Lochy,  followed by Loch Oich, then Loch Ness and finally Moray Firth which connects the Irish sea to the North Sea.  Some Scots spent a bit of time digging this ditch, which parallels the river system. 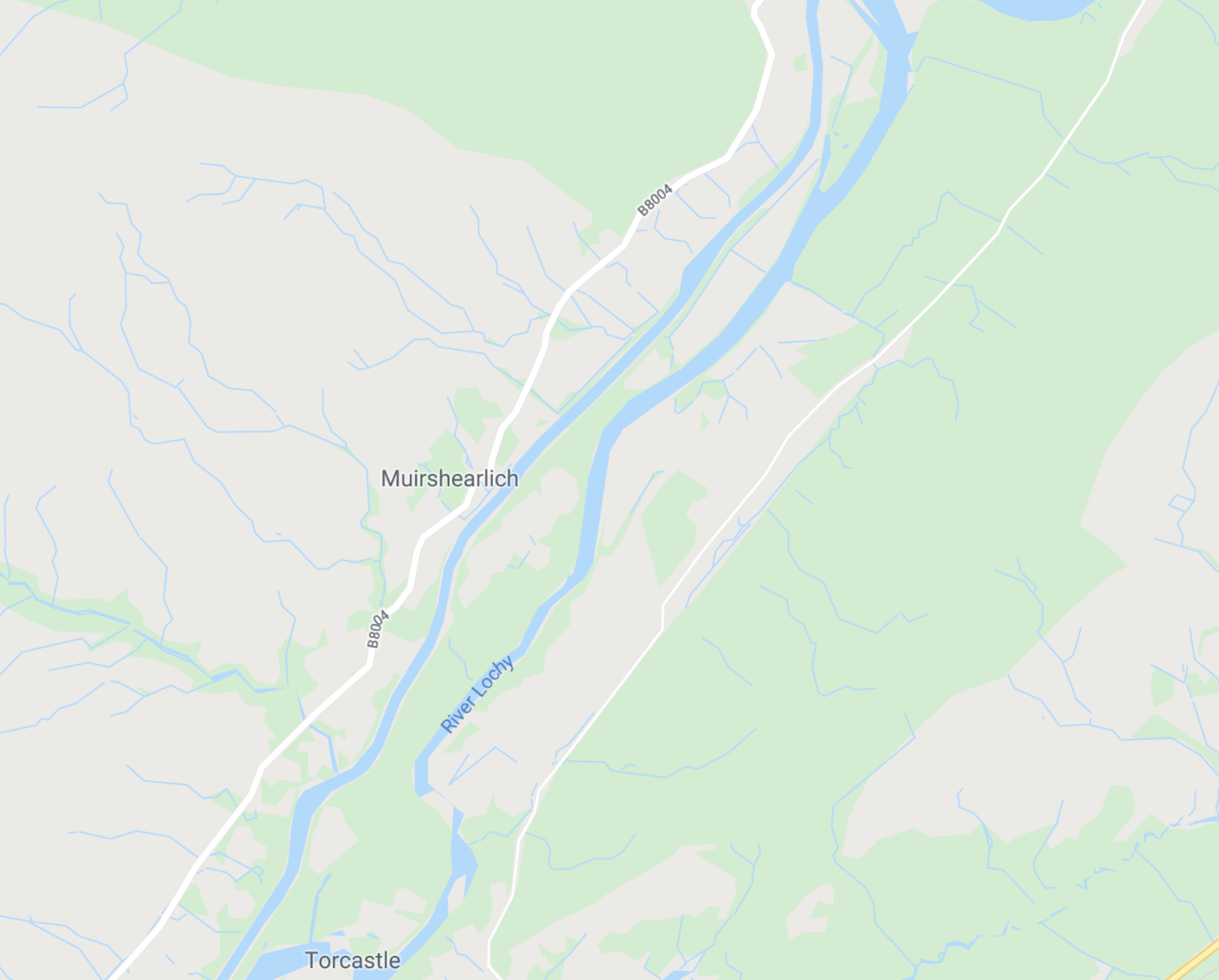 On Loch Ness is a famous castle, Urquhart, which has been the location for thousands of rumors and photos of a monster that roam the loch; the most famous is Nessie.  Now, the Scots claim that it survives in the great depths and that this loch is twice the depth of the North Sea….however the North Sea is only about 120 meters!  Where I come from, the nautical charts barely begin with these depths and most Alaskans are still in their waders.  OK–let’s tour Urquhart and then we’ll look for Nessie…… 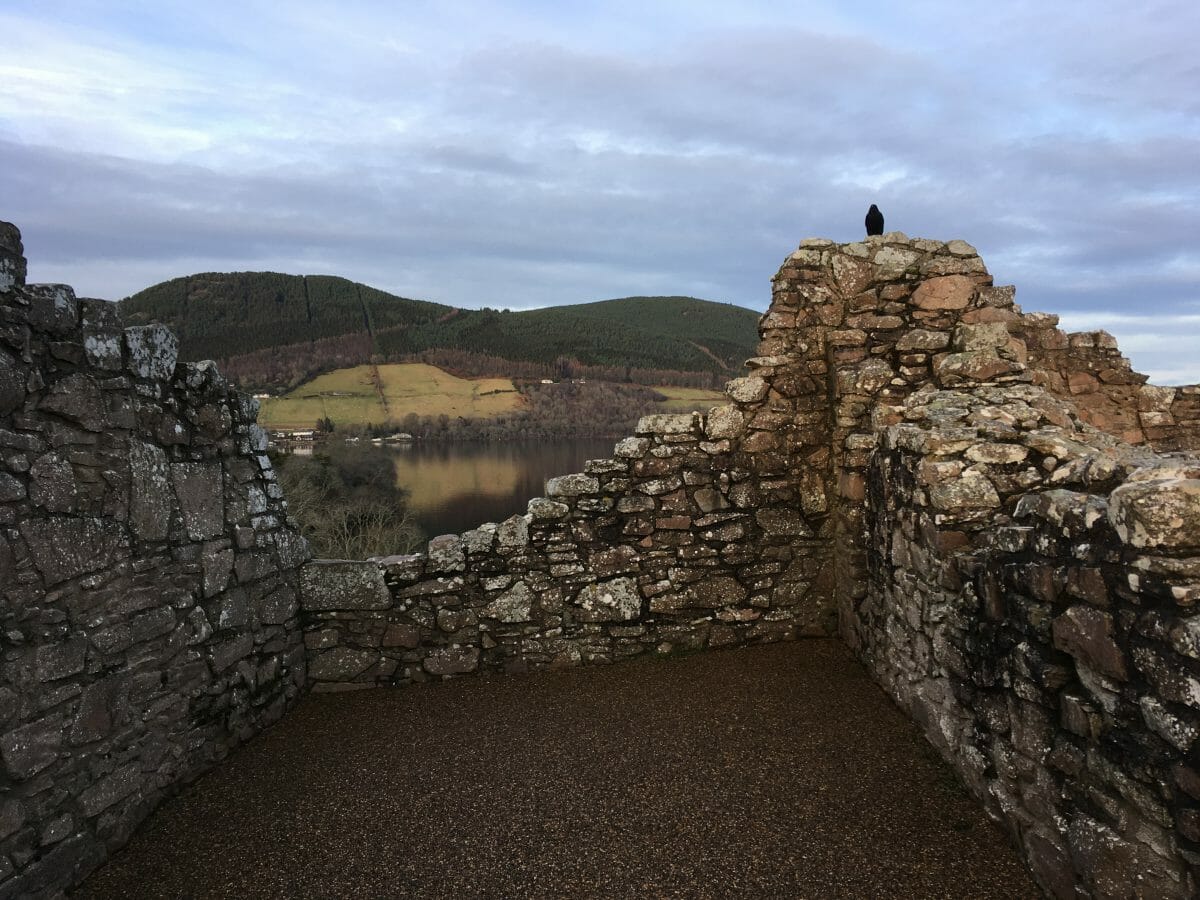 I won’t go into historical detail as it’s better stated on Wikipedia here however, ever since the Scots built this castle, they had to defend it and retake it–for centuries.  This is the problem with claiming prime real estate….  Walking around the castle, I realized life wasn’t easy back then.  A trebuchet (catapult) has been reconstructed across the fields below and is used to demonstrate the accuracy of 1.5′ diameter granite balls weighing some 200 lbs or more.

I found the Highlands quite beautiful; a lot like Norway.  I passed logging trucks all day so I’m assuming there is still an active industry–vertical cuts can be seen on the distant hills and these aren’t ski lifts. 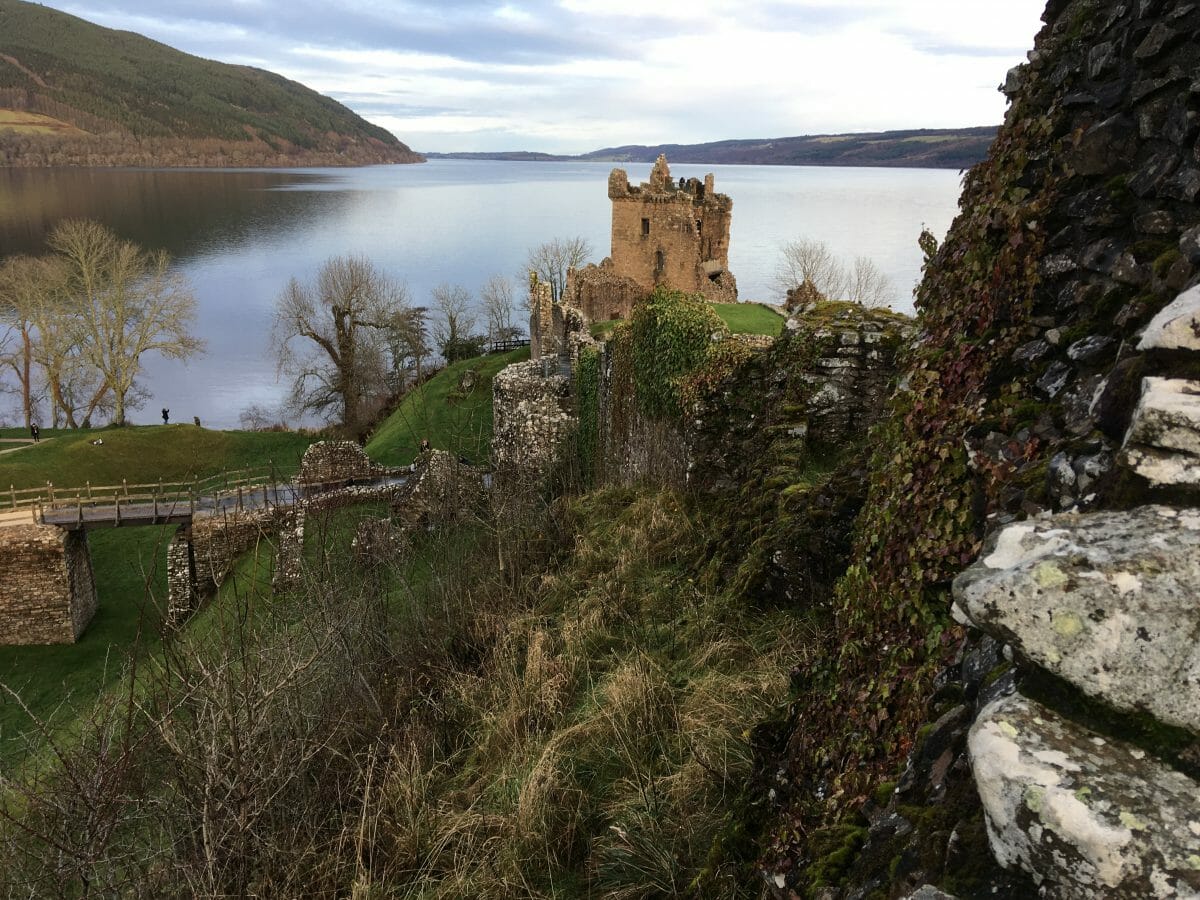 I’ve kept an eye out all day and assumed Nessie would come up air at some point, but after three hours of surreptitious surveillance (that’s sneaking a peek), I saw nothing.    I’m getting suspicious…. 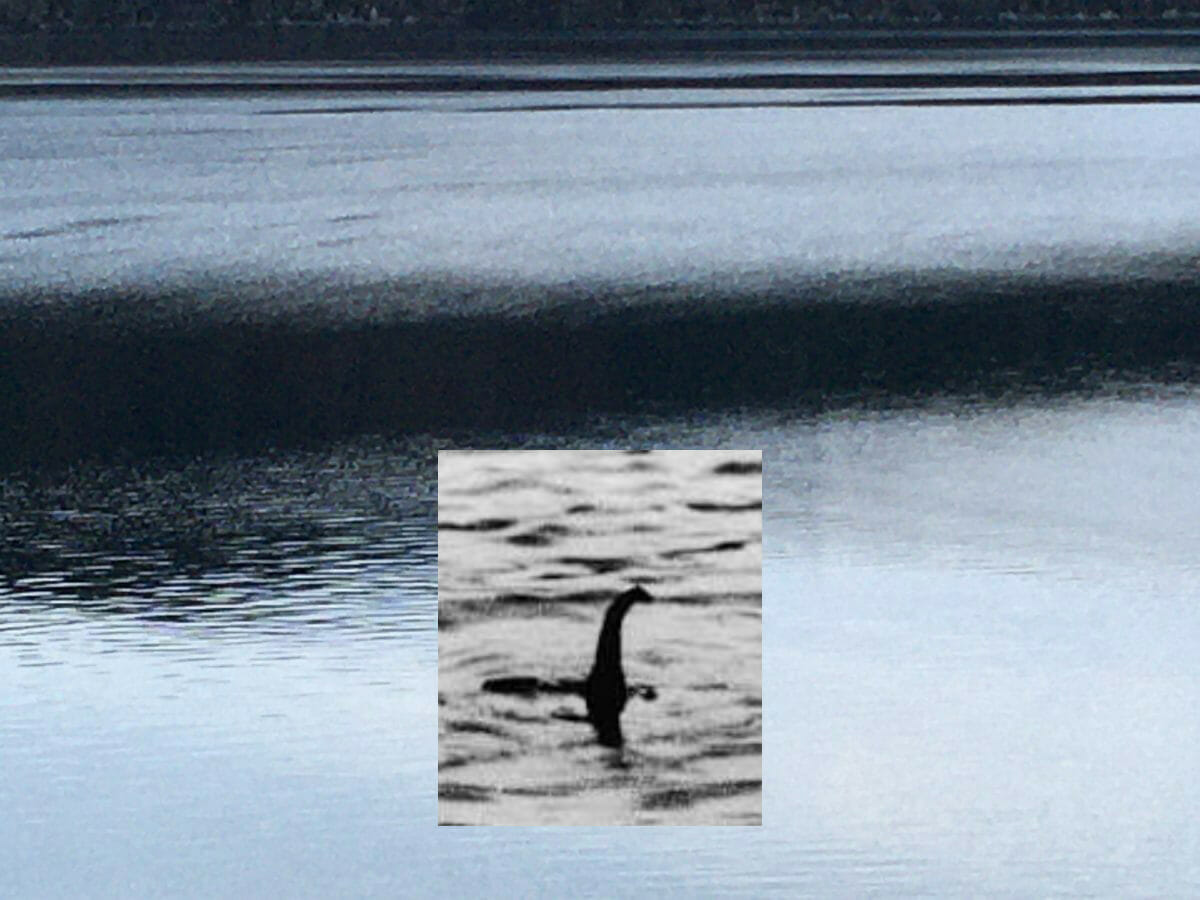 Wait a minute–something suddenly catchers my attention.  If you look closely near the bottom center, you can just barely make out the shape of something……what could it be? 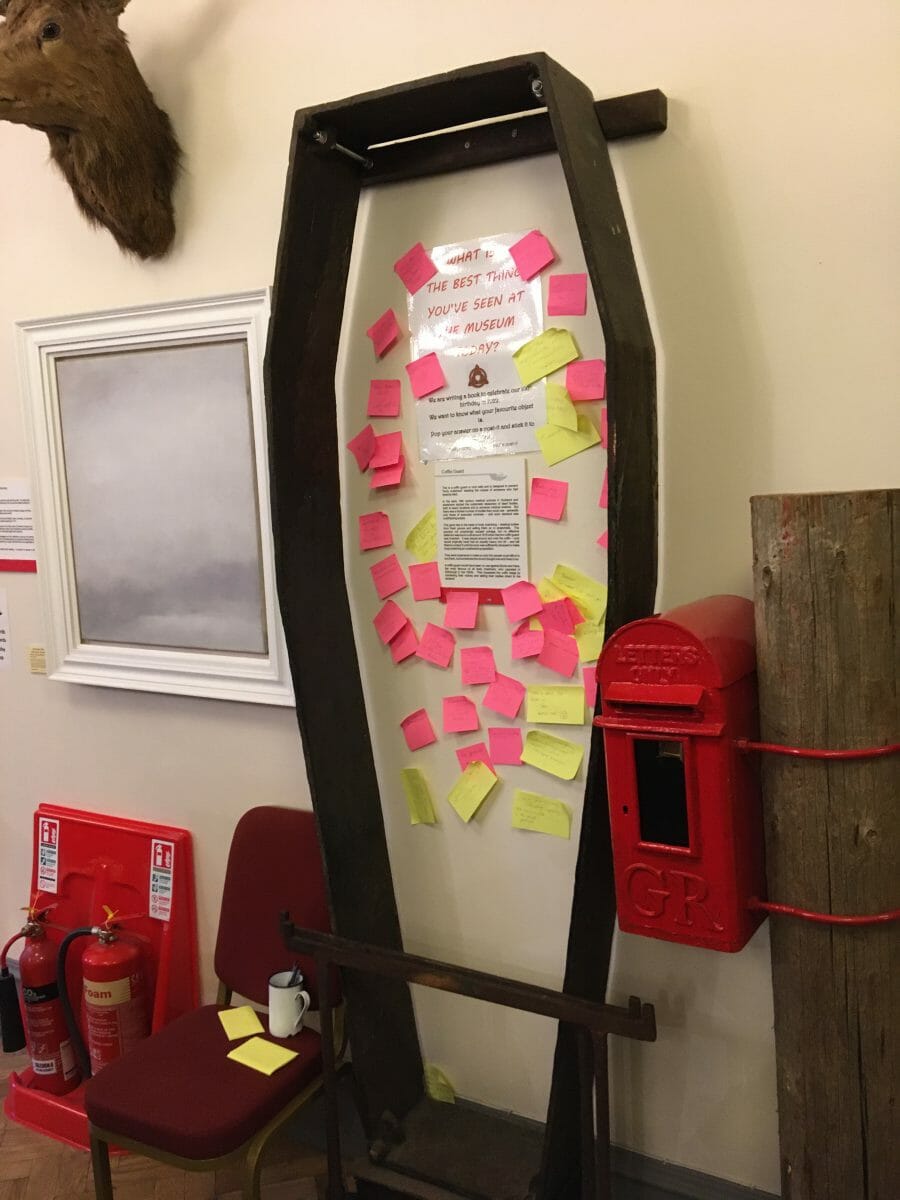 Another amazing fact about Scotland.  They launched some of the first scientific examinations of human anatomy by providing bodies to local anatomists and surgeons.  One of their prime sources was freshly buried bodies snatched out of the ground, which naturally caused some consternation to those still grieving.   Yet, another enterprising Scot (they were prime iron workers) developed this iron casket to prevent the tunneling into the coffins.  One-upsmanship prevailed and the two most prolific suppliers of bodies for this noble purpose, Burke and Hare, simply began murdering people so keep their supply line full.  True story!

I promised a bit of haggis:  here is my favorite rendering.  (Address to a Haggis by Rrrrrrobbie Burrrrrns) 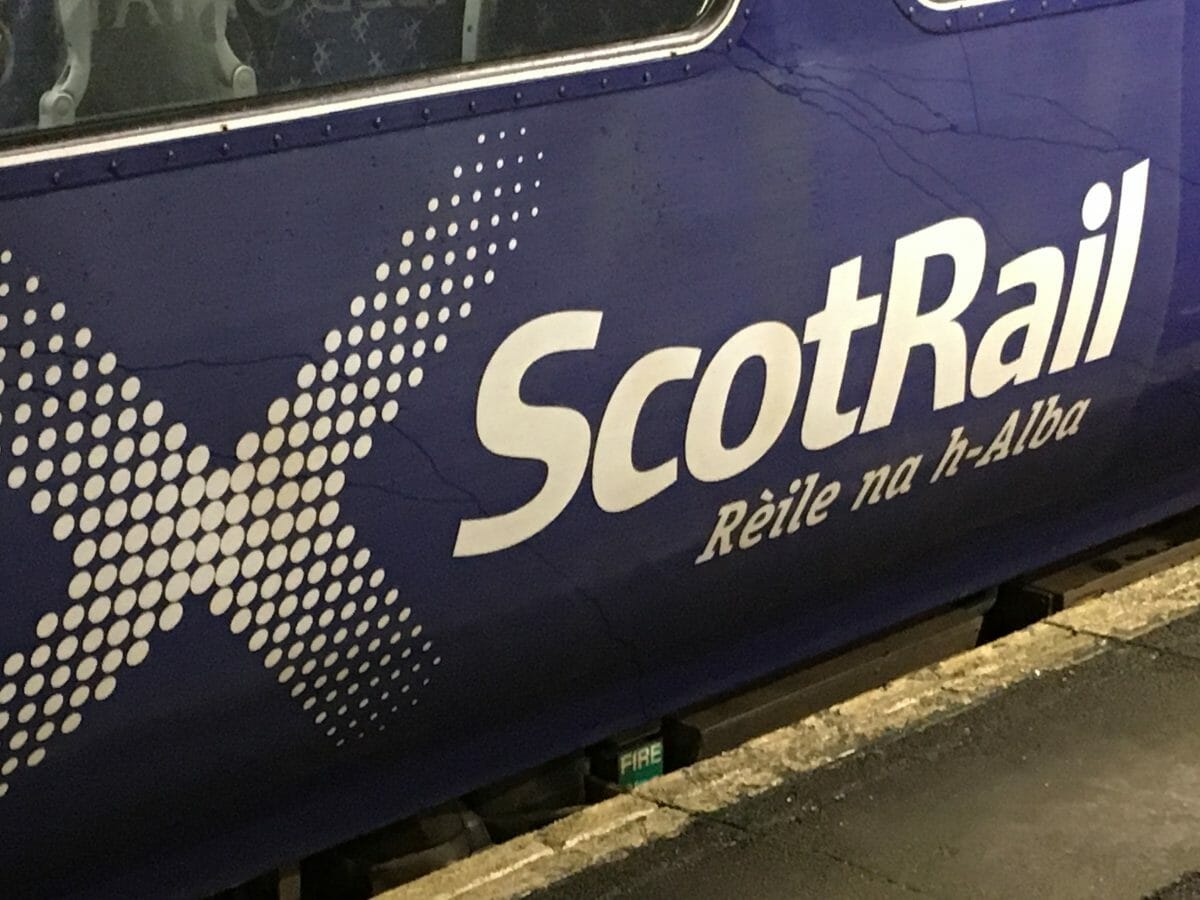 After two days of solving the Nessie question, I board one of the classic train rides–the Caledonia.  You board at 7:50pm in Fort Williams and wake up in London at 7:45am the next morning.  The dinner I had was fantastic (roast duck) and I slept well.  If you haven’t visited the man in Seat 61, and like train travel, visit this website.  London is next……..!