I’m currently in South Ireland having a grand time….I’ll post more when I get some time off.  Yes, there is a town by this name in Wales–a photo-snap I took as the train departed for Holyhead where I caught the ferry to Dublin.  Stay tuned….! 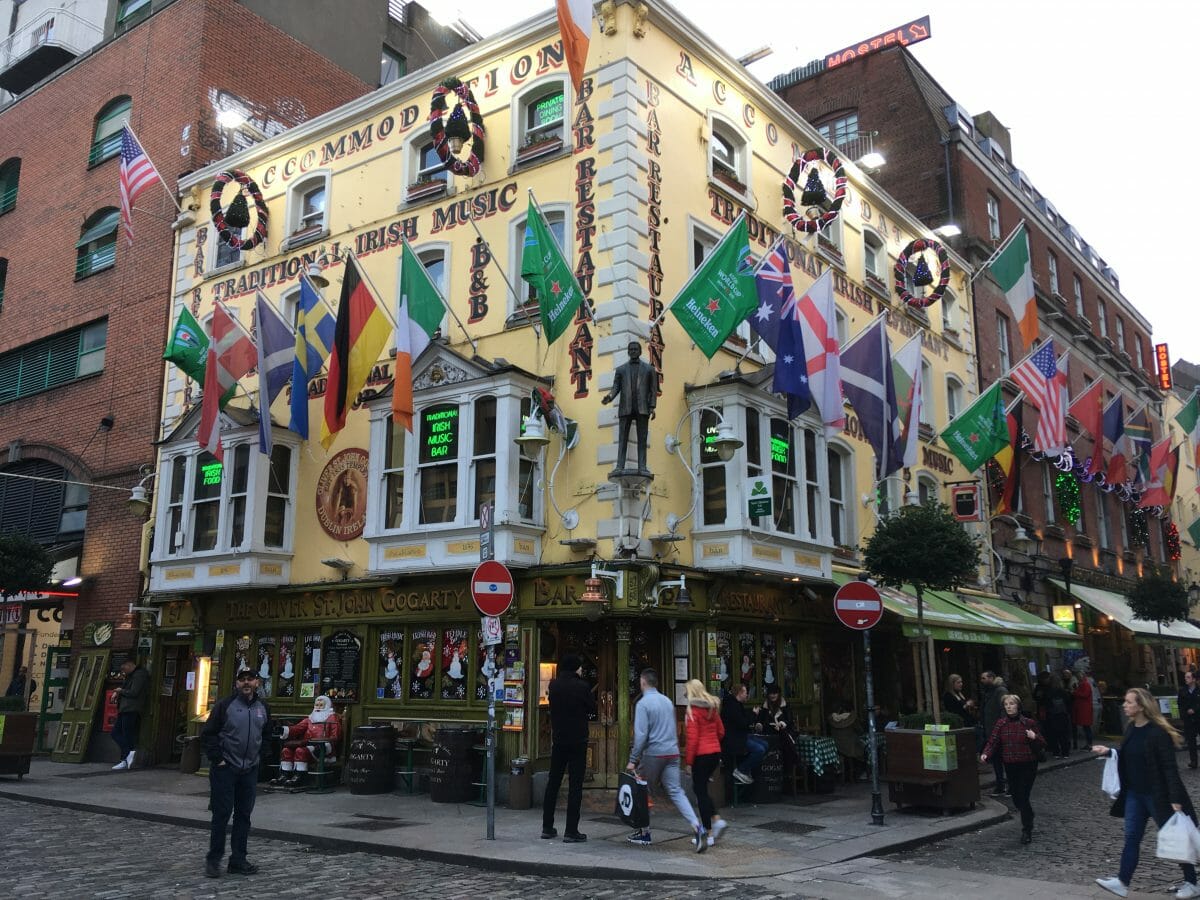 After the three hour ferry ride from Holyhead to Dublin, I discovered the central city and finally found a hotel–the Arlington–which cost me $300E for just two nights.  This is not the hotel here but you get the idea–loud bands playing all night.  And I took a room just above the bar and my floor vibrated accordingly.  I called room service at 11:15 and was told that the noise would continue until 2am!  I compared this policy with barnyard manure.  An argument ensued to which I hung up and an immediate call was returned demanding an apology that I had besmirched his character…..blah, blah….to which I hung up again.  In less than five minutes, a knock on the door and when I opened it, two big goons (300#ers) propped their feet into the door and told me I was checking out (it’s now 11:30pm).  I returned to my cell phone and began recording the everything that followed…..the two ‘goons’ threatened the police to which I was gratefully accepting.  After a bit of back & forth politics and a miserable night, I checked out of the Arlington the next morning.  I would rather have paid $250.00 for someone to put a bucket over my head and beat it with a stick for 12 hours than what I endured.  I will never return to Dublin. 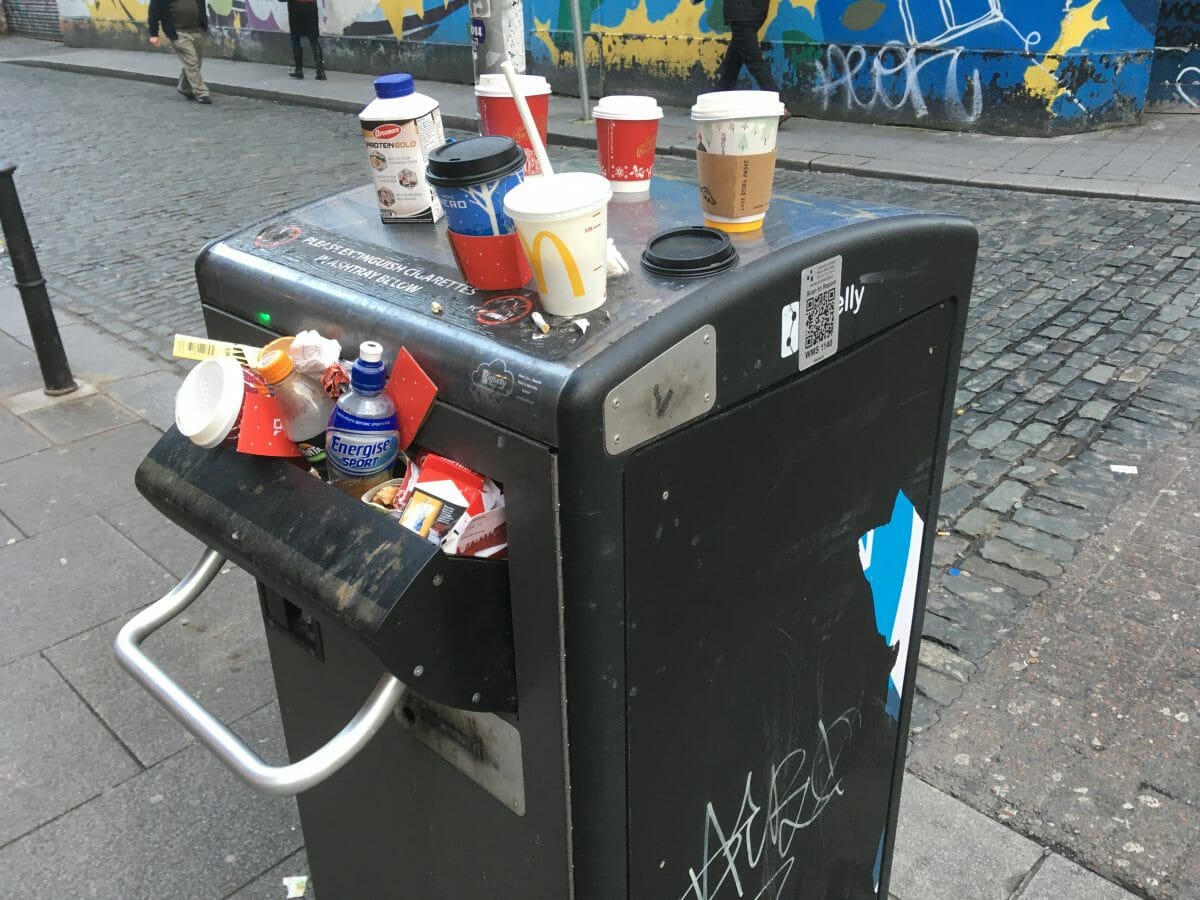 Of course, this could be anywhere, but I found the city filthy and lacking of any Irish characteristics.  I’m 73 years old and this was my first night on Irish soil and I was ready to toss my Irish citizenship into the Irish Sea and move on.  Fortunately, I rented a car and drove south to Kelly’s Resort near Waxford……

This is not Kelly’s, this is the Hook lighthouse which is run by a non-profit employing young kids to do beach cleanups, etc.  I was very impressed.  Back to Kelly’s–this is perhaps the finest hotel, inn or resort I’ve every stayed at….period.  And I’ve stayed at a lot!  It sits right on the beach and is a third or fourth generation hotel catering to the finer tastes–the owners personal art collection–numbering several hundred pieces hangs all around the place….even in my room.  The owner greets me at my dinner table and asks me a bit about why I’m in Wexford to which I reply I’m a recovering Dublin-visitor in need of an Irish experience.  I am rewarded by an autographed book of Bill Kelly’s art collection delivered to my table within 10 minutes!  The food–a three course extravaganza was perfectly matched with European wines (Bill Kelly is also a wine connoisseur).  If you every visit south Ireland, treat yourself.  My total bill (which included an incredible breakfast) was about $150 which included a 10% gratuity which I protested….as too little…..and added another 20%.  Thank you Bill Kelly! 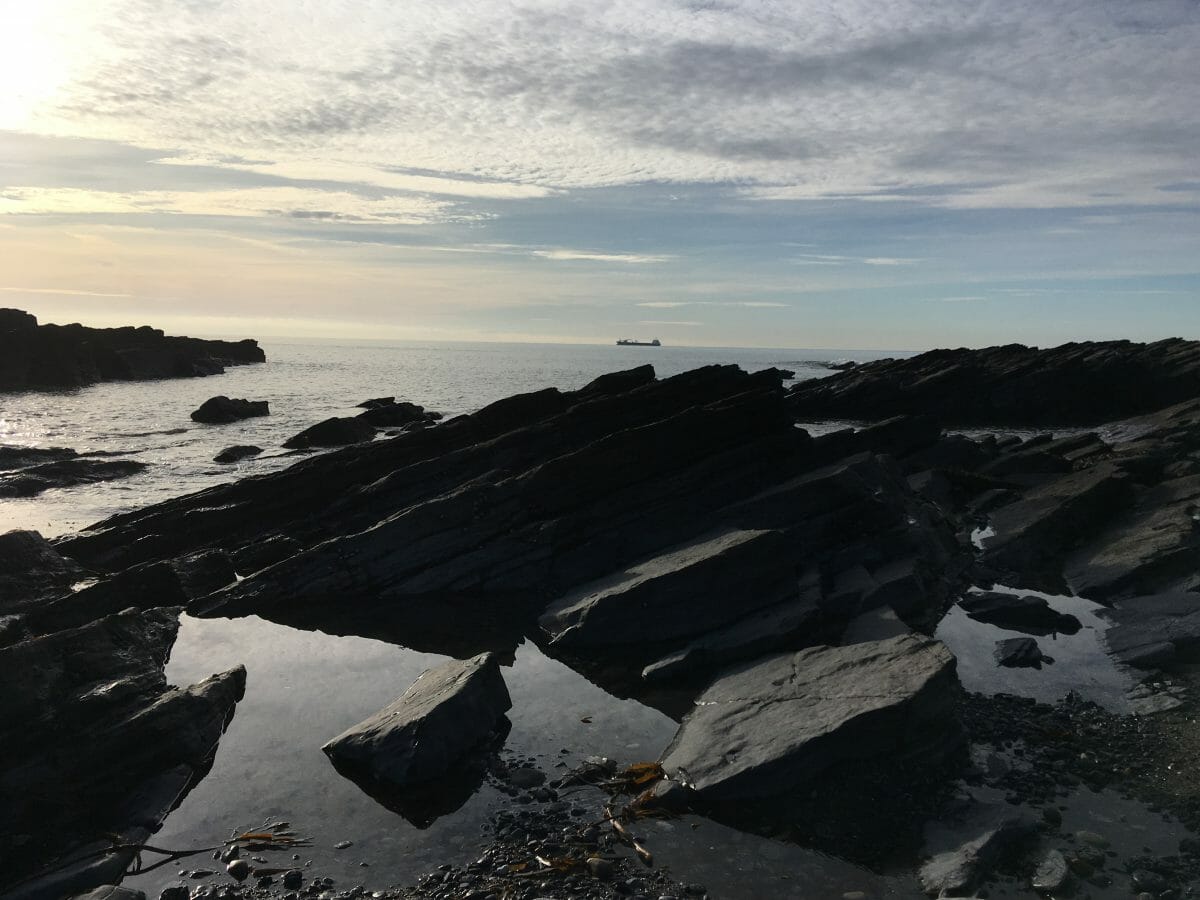 Some southern Irish coast scenery–a freighter heads into the Irish Sea….like the one I just arrived on. 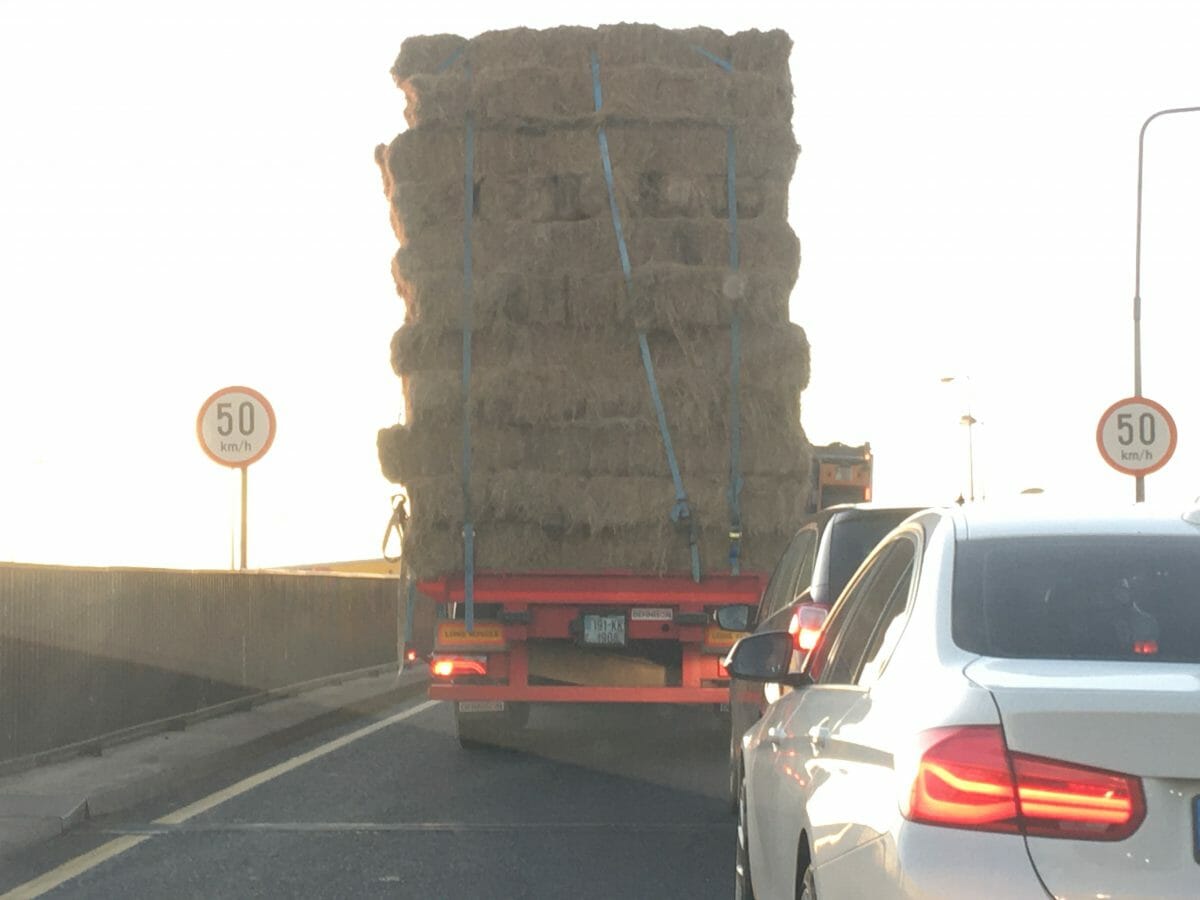 This would never be legal in the US–and this guy was driving 100km/hr.  Note the slack straps holding this load.  I drove over many clumps for hay while following.  The roads in Ireland are quite charming, yet quite dangerous…. 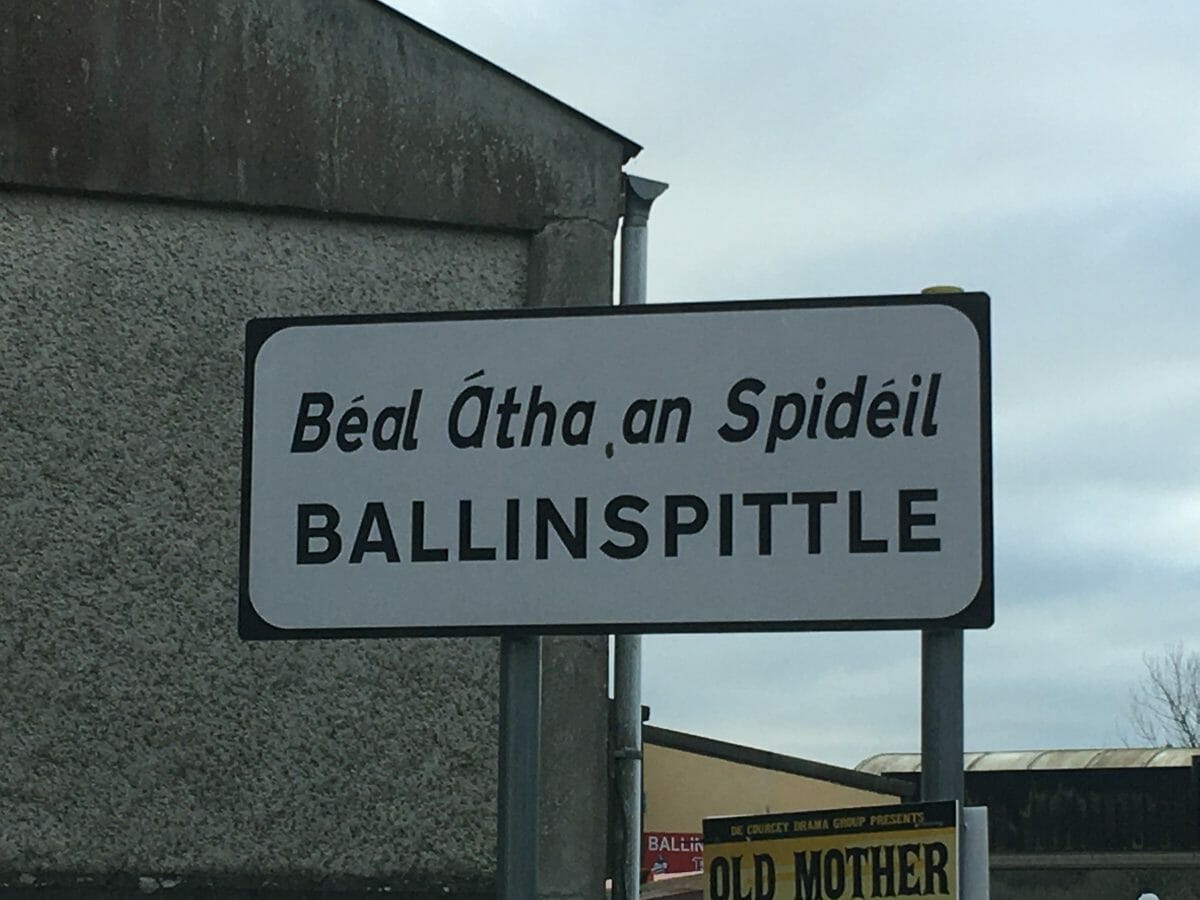 One of the many towns I drove through.  The whole place is like a hobbit village, or country.  And every country pub/inn is quaint.  Gaelic, Celtic (and Welsh) is still spoken in abundance. 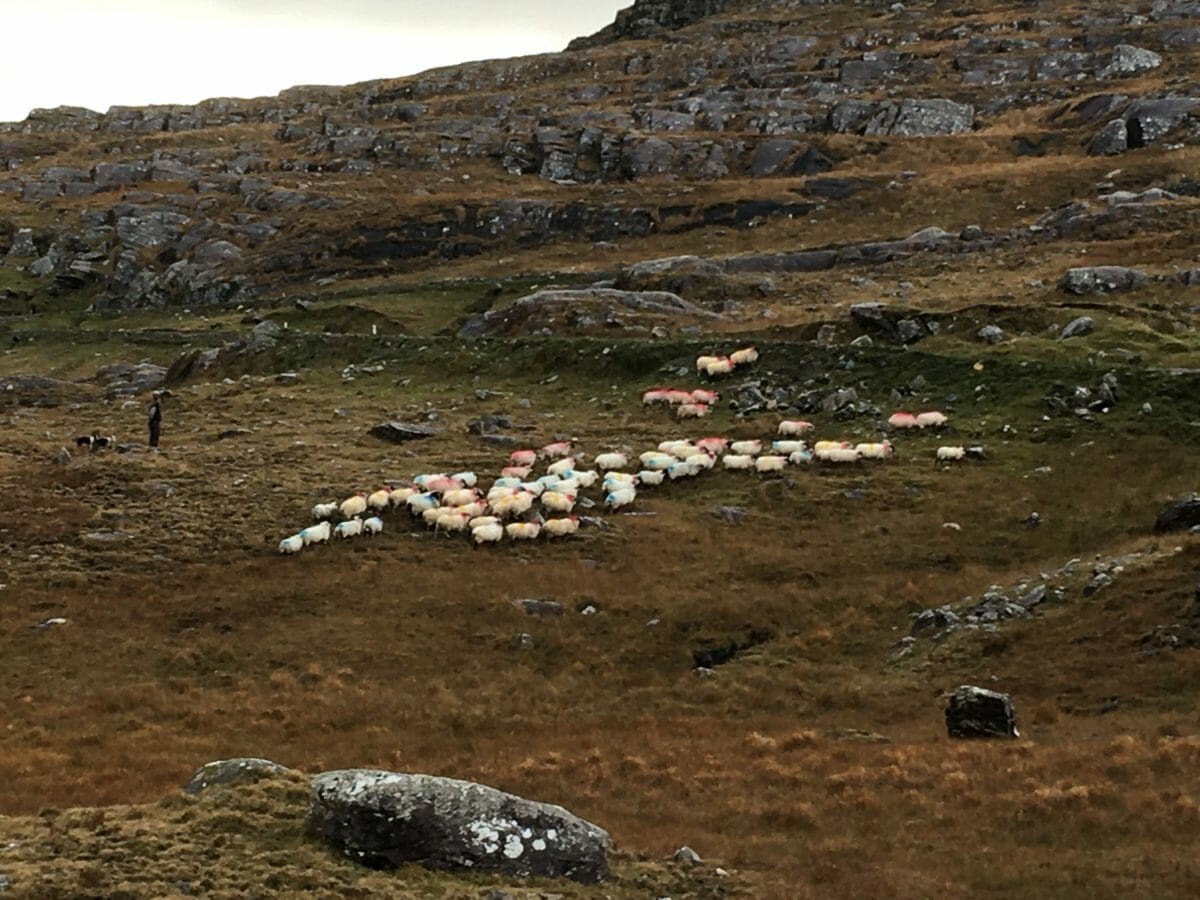 Driving over Healy Pass, I encounter sheep being driven by two shepherds and their border collies which were highly trained.  I parked my car and made several movies of moving these sheep up to the pass. 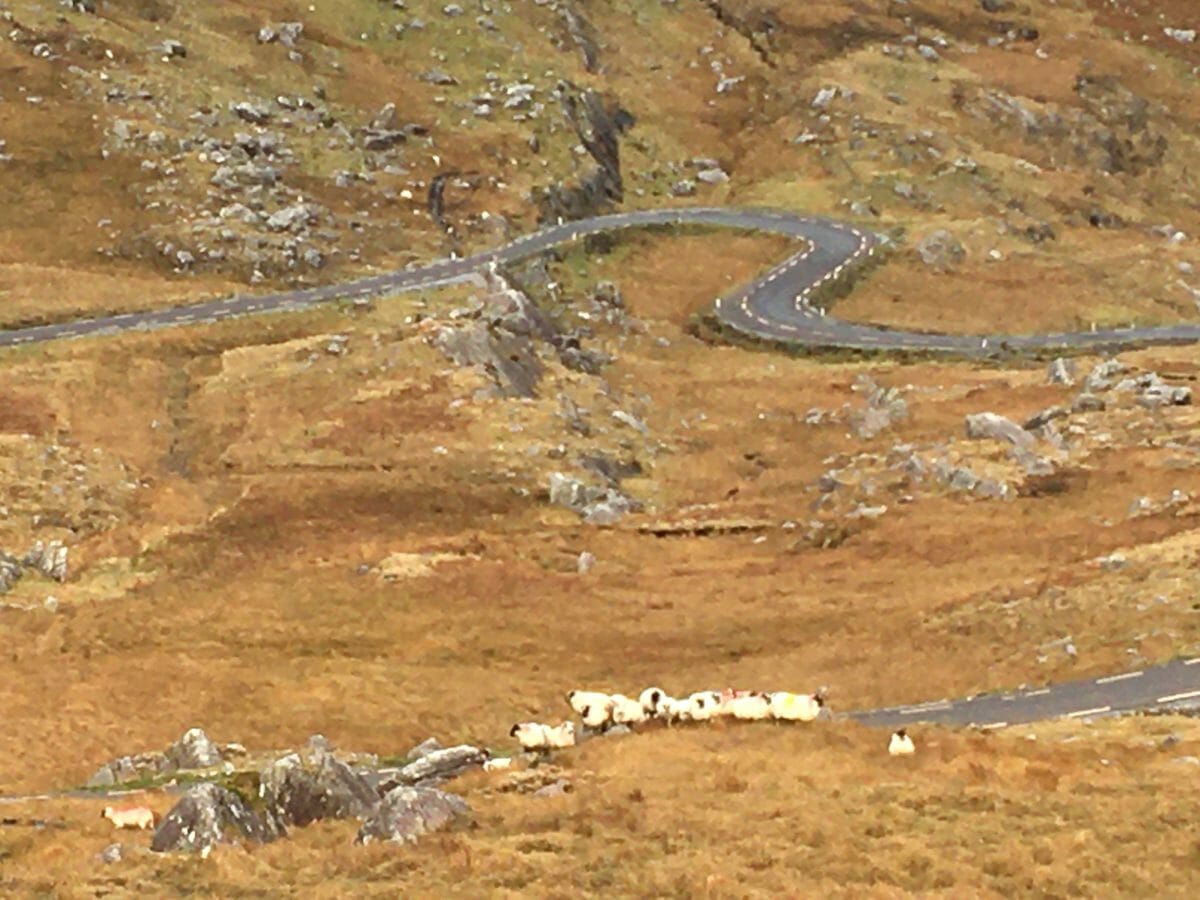 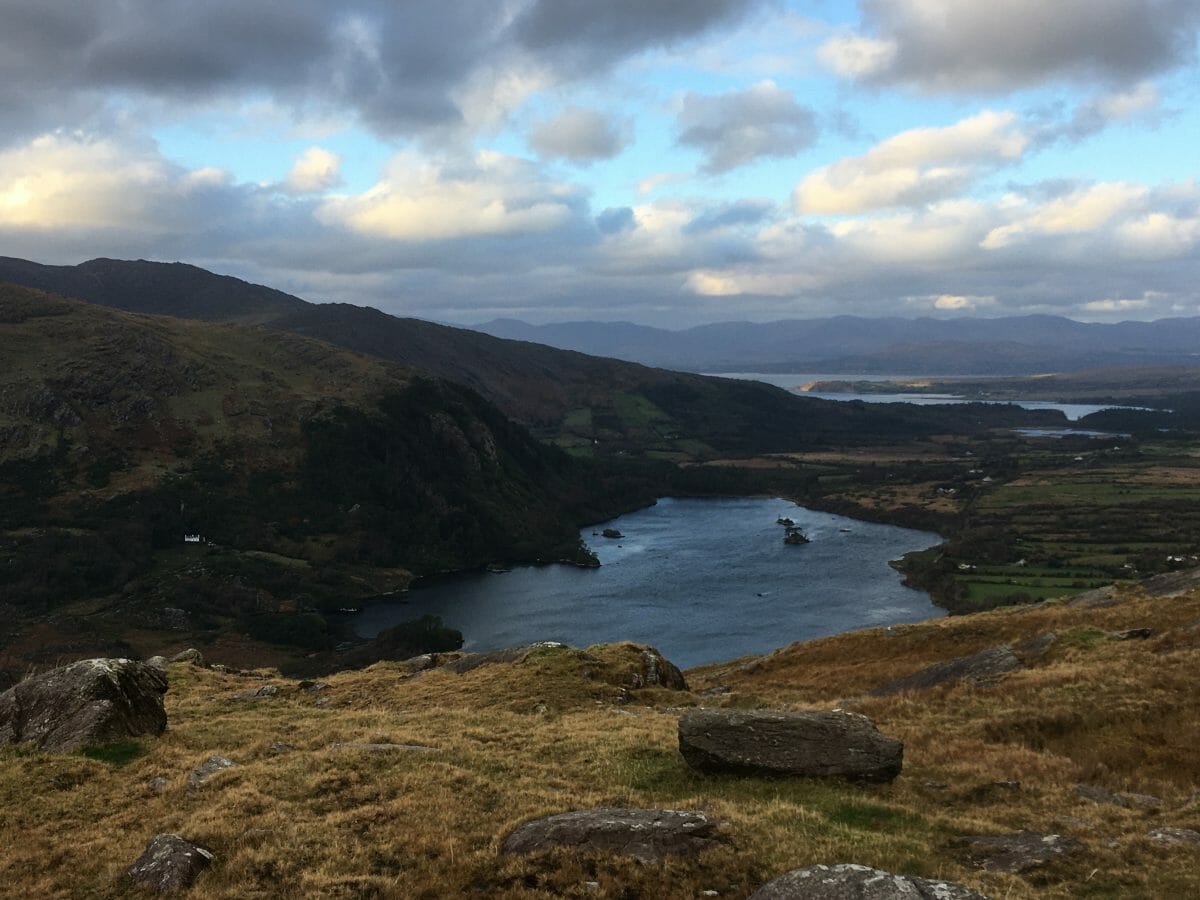 At the summit of Healy Pass, I am greeted with this vista to the north towards Kenmare. In some ways, the SW Irish coast is much like Norway.  And the colors! 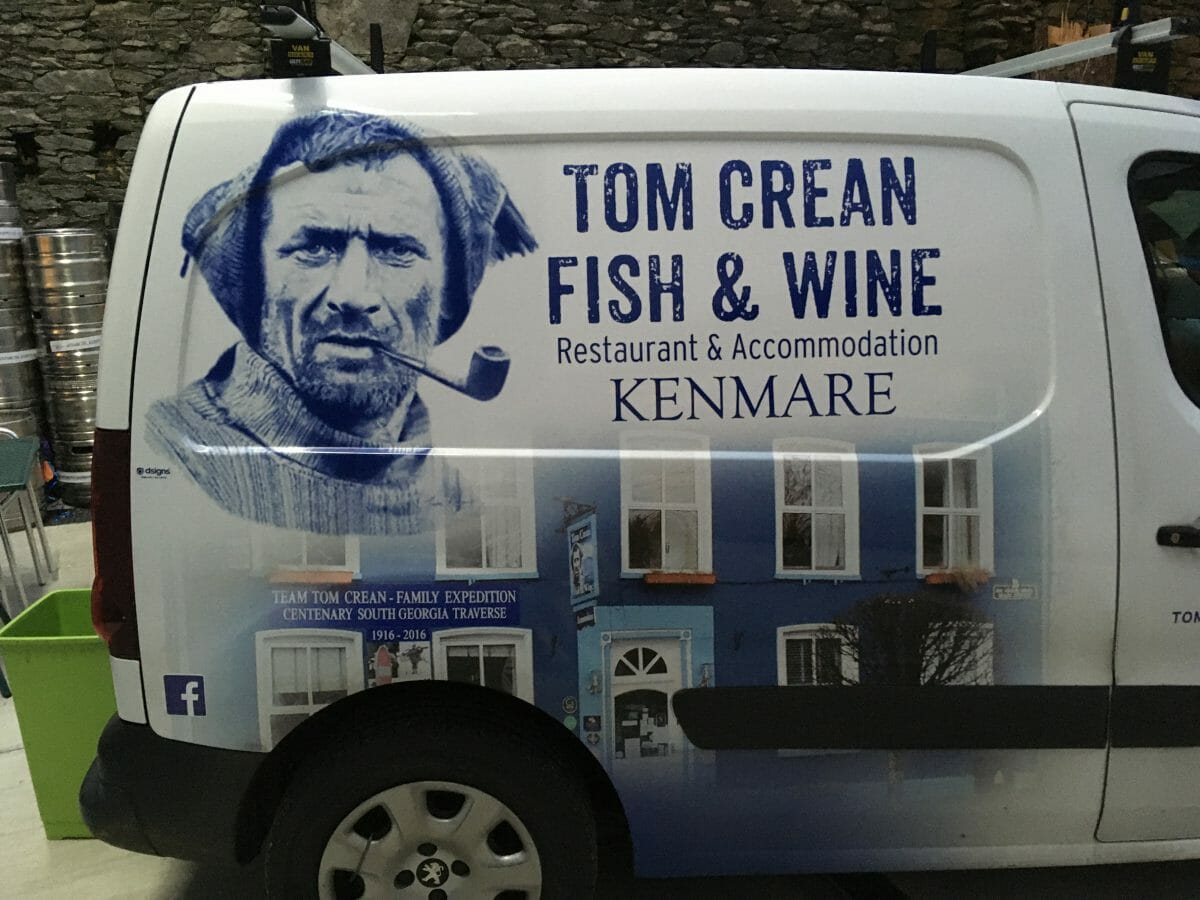 My goal tonight is Kenmare, where Tom Crean’s granddaughter lives and has opened a pub and inn.  I stay there and meet Aileen who signs a couple of books about her grandfather.  Tom Crean, for those who haven’t heard of him was with both Scott and Shackleton for three major expeditions to Antarctica in the early 1900s.  You may read about their huts here.   Off to Castledirg where my Grandfather was born……stay tuned!