Western Design Conference and Beyond 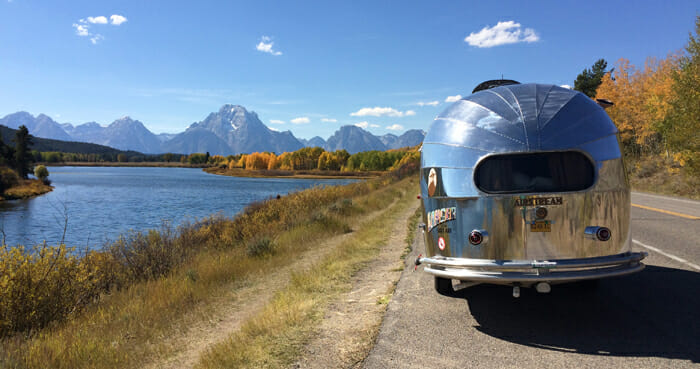 It’s time to get this trailer out of the shop and on the road.  The interior is complete, she’s polished up and road ready for a 15 month tour of the National Parks for the upcoming NPS Centennial.  Here I’m rolling in to Jackson Hole–where I was a seasonal ranger 45 years ago. 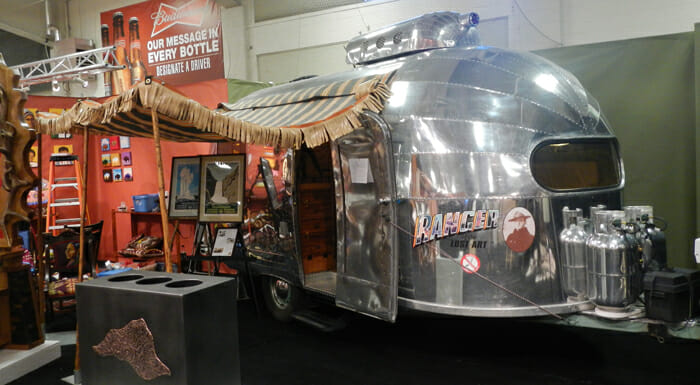 I entered the trailer in the Western Design Conference in Jackson Hole.  Lester Santos of Santos Furniture, did the interior in the Molesworth style.  Lester is the heir apparent for Thomas Molesworth’s Cody Furniture Company who built much of the lodge furniture in western lodges in the 1930s and 40s.  He furnished Camp David and was sold in NYC at Abercrombie & Fitch. 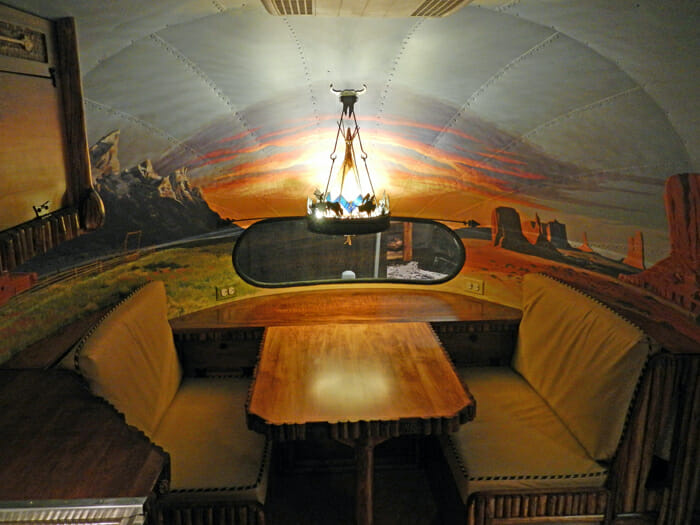 Janet Bedford from Powell, Wyoming painted the interior diorama–move over Michelangelo–this is the Sistine Chapel of Airstreams.

I used Department of the Interior motifs in the galley.  Italian cooktop but same old ice-box.  Never figured out how propane makes things cold……. 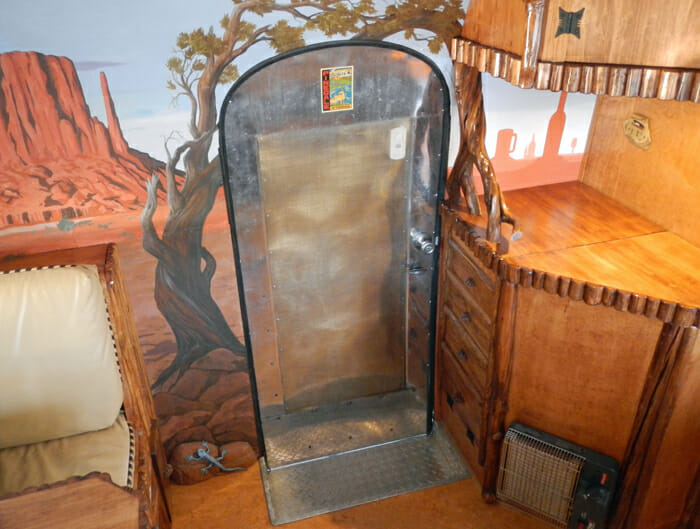 The doorway is framed by a twisted Juniper–with ersatz rocks and even a rubber lizard.  The limbs return into the round near the bar. We took first prize for mixed media.  A judge later came to me (he holds degrees in fine art and architecture from Stanford University) and told me the five judges needed a unanimous decision for “Best of Show” and some wouldn’t abandon the trailer–so they flipped a coin and I lost to a lampshade–$5000.   Well, it’s time to get some road dust on this thing.  Stay tuned!