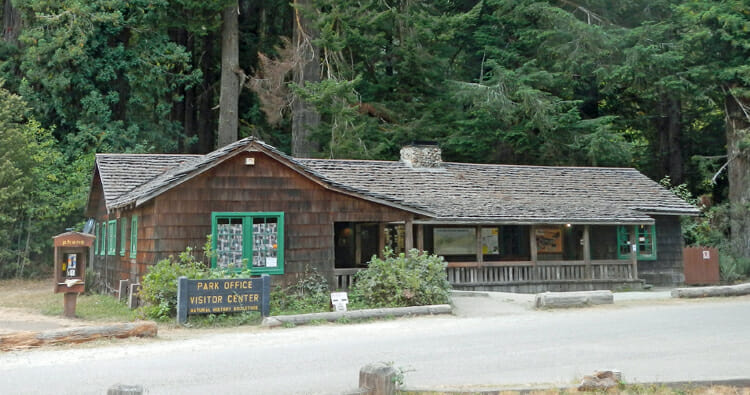 My first stop was Prairie Creek Visitors Center–built by the CCC in 1934-5 and featured on my new “See America” Redwoods National and State Parks poster.  I gave a talk at the amphitheater below: 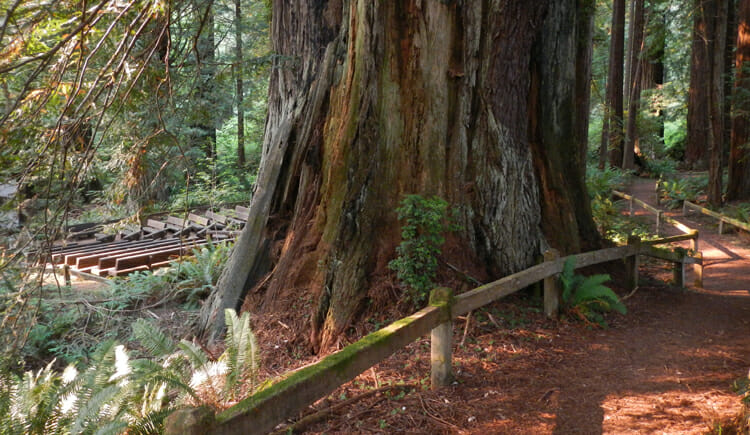 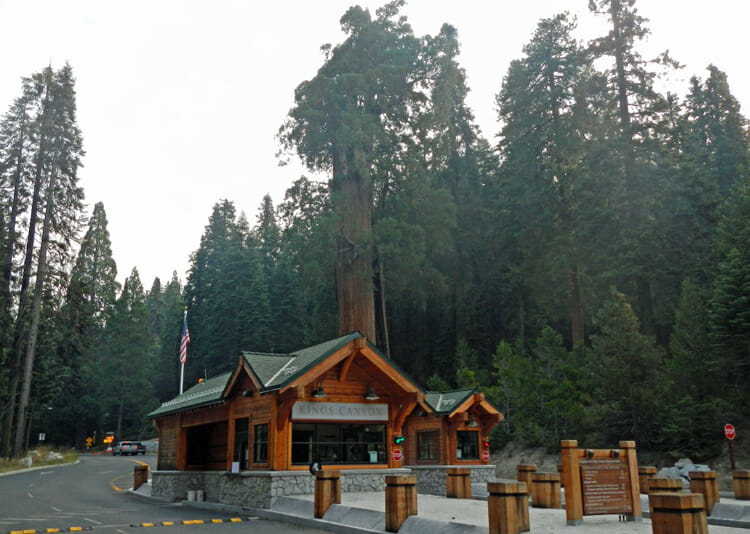 Sequoia/Kings Canyon (General Grant) was my next stop–but the park was burning (and still is).  I gave two talks there–one to Shell Oil  (Pipeline–an exclusive motivational seminar) and one to the public at the Lodgepole Campground.   Shell was an interesting group to visit with and speak to.  Thirteen executives of the pipeline division meet annually for a motivational seminar and this year they picked a national park.  I talked about the WPA National Park poster series done between 1938-41 and ended with a bit about Mardy and Olaus Murie’s work in the Arctic Refuge and how the Arctic Refuge was formed.  They were very receptive….as was my public talk, the night before, at the Lodgepole Campground Amphitheater. 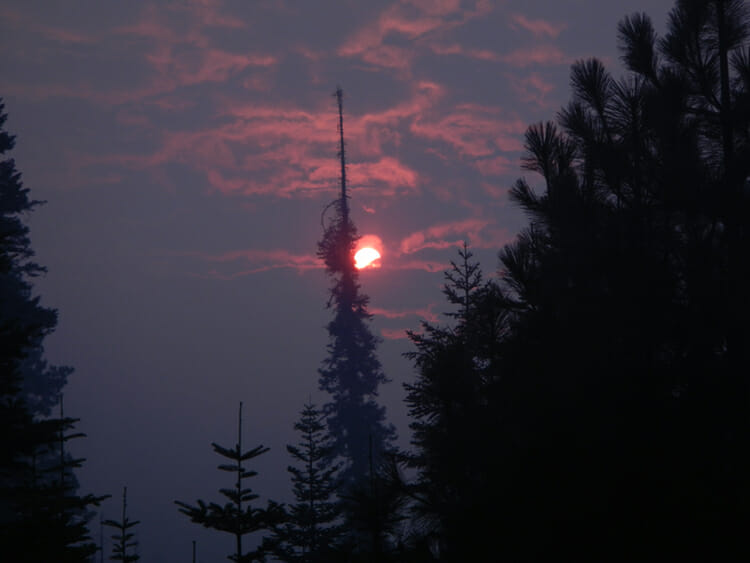 A Sequoia Sunrise through the forest fire smoke. 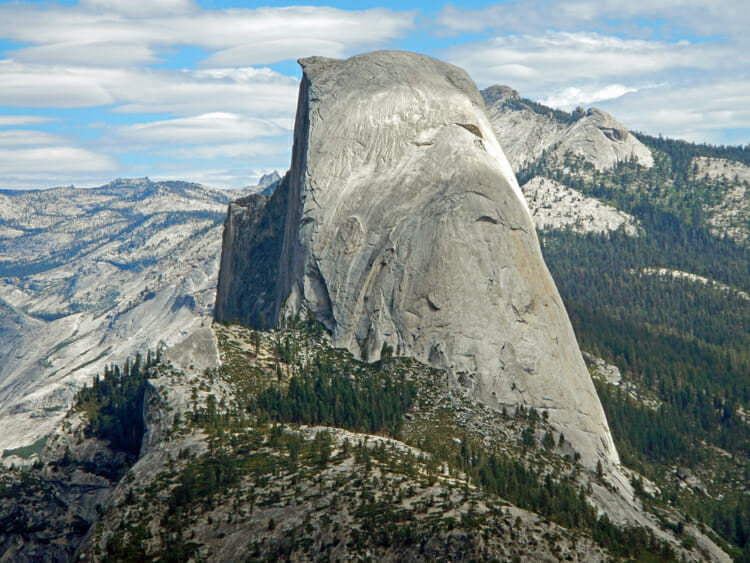 Yosemite was my next stop–this is the first time I drove all 26 miles to Glacier Point from the main road from the southern entrance at Wawona…..and worth the drive.  Half Dome, not El Capitan is the bulwark of this valley. 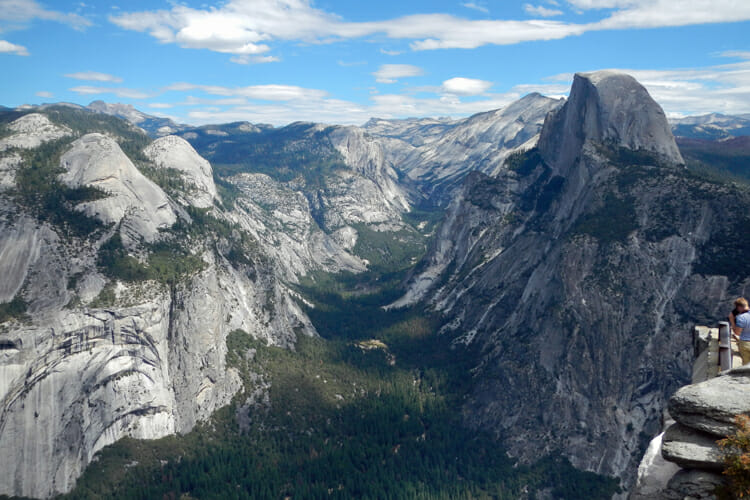 Here is the northern perspective looking East from Glacier Point 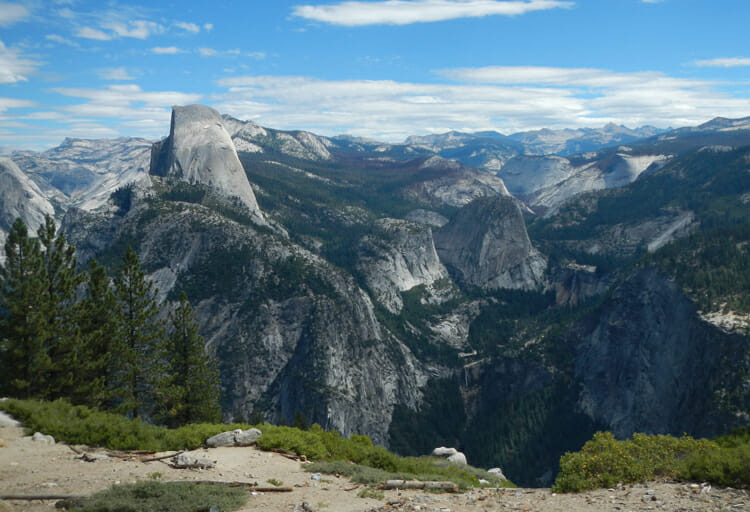 And here are the Southern ramparts.  John Muir got glaciation right! 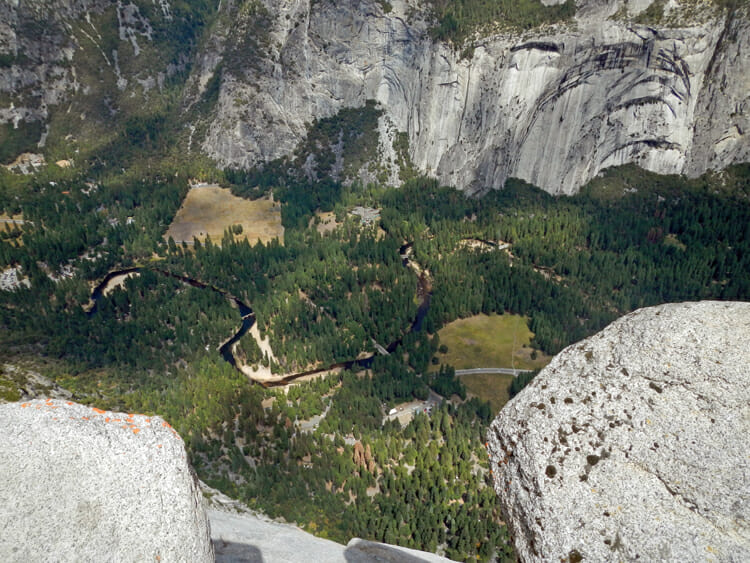 And looking straight down to the valley floor–nearby where Dean Potter and Graham Hunt made their last jump.  In spite of Yosemite’s popularity and crowds, it is an incredible place to behold.

My next talk was at the Kimball Art Center in Park City Utah.  I was their last speaker in this old 1929 gas station turned art center.  There are three rooms–a coffee shop/restaurant, gallery and auditorium.  My talk gathered the largest audience of the year–and it was very enthusiastic! They are moving to a bigger and better location. 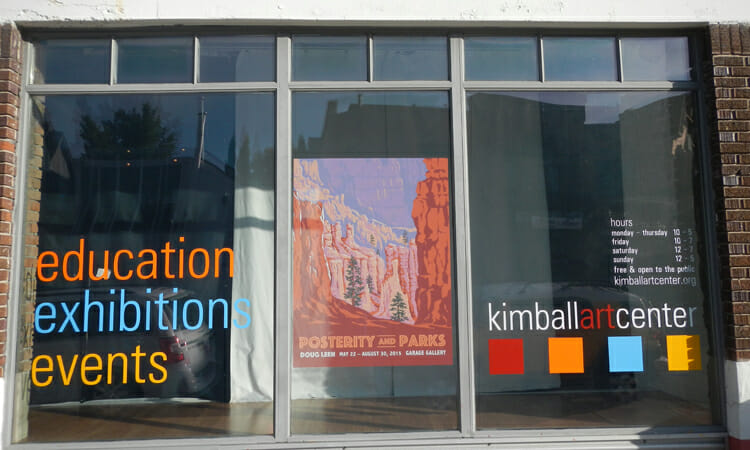 The Bryce Canyon design on the marquee advertising my talk

Park City has grown–I first visited here 40 years ago and even then, it boasted the best skiing in the Rocky Mountain west.  Here is one small finger valley saturated with homes….no, condos which probably sit idle for most of the year.  Ridgelining is also evident.  Sad, however, the skiing is still tops!   On to Jackson Hole for the Western Design Conference and the Ranger Doug-Mobile!  Stay tuned~